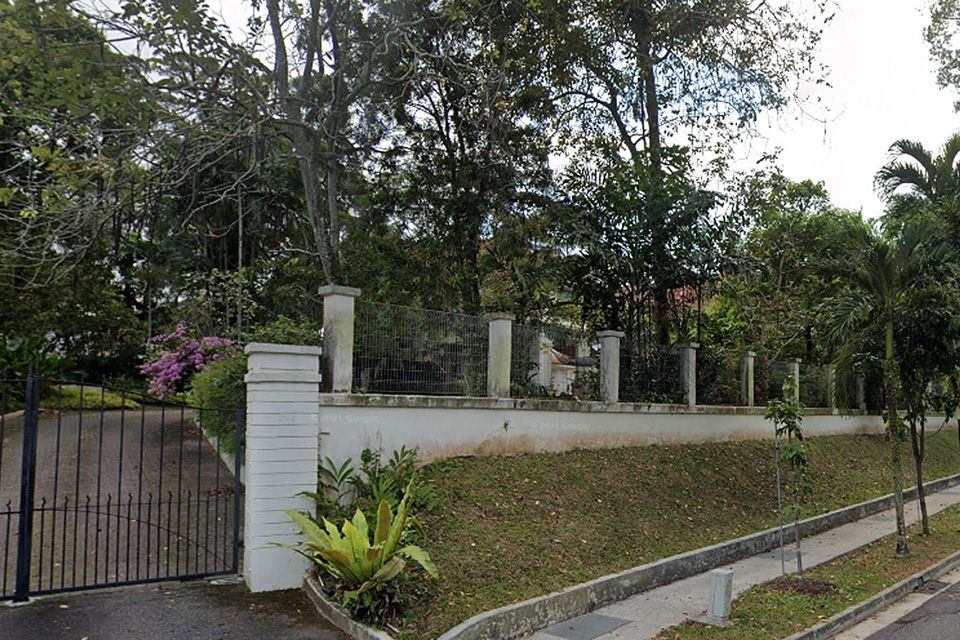 A GROUP of investors led by veteran property developer Daniel Teo of Hong How Group is buying an old bungalow at 21 Mount Rosie Road, near Barker Road, for $43.8 million with a view to redeveloping it into several landed homes for sale.

The Business Times understands that the property is being sold by Teo Choon Seng and Teo Tiou Seng, who are sons of Pacific International Lines’ (PIL) founding chairman, the late Teo Woon Tiong (alias Chang Yun Chung or YC Chang).

Though bearing the same surname, Mr Danie! Teo is not related to the Teos of PIL family.

The transacted price for 21 Mount Rosie Road works out to $1,429 per square foot on the freehold land area of 30,659 sq ft. “We plan to redevelop this site into luxury landed homes. We are planning project that will pre- serve the tranquil ambience of this locale of District 11,” said Mr Daniel Teo, when contacted by BT. He is chairman and managing director of the Hong How Group of Companies and a director of Tong Eng Group of Companies. “The purchase of the Mount Rosie property was via private treaty. A mutual friend of ours and the owners recommended the property to us; we met the owners a few times before concluding the deal,” Mr Teo added, without commenting on the owners’ identities.

The purchase is being made through a company whose shareholders include a vehicle owned by Mr Teo and his immediate family members. Another shareholder is a special purpose vehicle of Fraxtor group. which offers a platform for small investors to participate in property development and investment ventures through bite-sized capital outlay. However, participants have to be accredited investors, according to Monetary Authority of Singapore criteria.

Prior to the latest venture on Mount Rosie, small investors have come on board the Fraxtor platform to participate in three landed housing projects in Singapore – in Haig Road, Jalan Novena Selatan, and Gardenia Road in the Upper Thomson area.

Fraxtor platforms have also en. abled individuals and family offices to own small stakes in real estate funds. An example is a fund that in- vests in purpose-built student accommodation in the United Kingdom; the fund is managed by Q Investment Partners. Another is a ZACD-managed fund that is developing a strata food factory project in Mandai, Singapore.

For the Mount Rosie Road property, the plan is to begin redeveloping the site in March next year and complete the project 18 months later. The new homes on the site can be expected to be launched for sale sometime next year.

Savills Singapore acted for the seller in that deal, and Knight Frank, for the buyer.

Galven Tan, deputy managing director of investment sales and capital markets at Savills Singapore, noted that “interest in landed homes has strengthened significantly in the past 12 months, as they are much desired by Singaporeans’.

“Consequently, their prices have increased.”