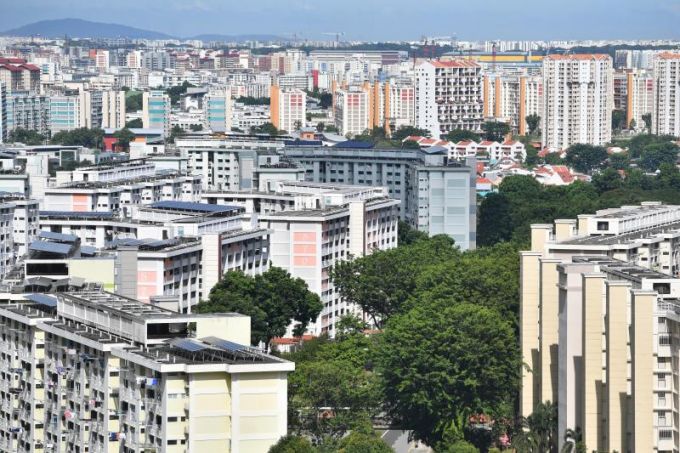 ALONG with the latest cooling measures announced late Wednesday (Dec 15) night, the government will boost supply in both the private and public housing markets. The number of units available under the confirmed list of the H1 2022 Government Land Sales (GLS) Programme will go up 40 per cent from H2 2021, Minister for National Development Desmond Lee announced.

Taken together, the measures are aimed at both demand and supply to support a stable property market for the medium-term as well as to keep housing affordable for Singaporeans, he highlighted.

Speaking to the media at a virtual zoom briefing on Thursday (Dec 16) morning, Lee noted that private housing prices and HDB resale flat prices have risen about 9 per cent and 15 per cent respectively since Q1 2020, while the house price to income ratio for both the private and HDB resale markets have been on an uptrend, although still below their historical averages.

Pointing to factors such as low interest rates and broad-based demand, Lee said: “There is clear upward market momentum in prices and transaction volumes, despite the near-term uncertainty about the Covid-19 situation, including the prospect of the Omicron variant spreading here. Left unchecked, prices are likely to run ahead of economic fundamentals.”

“This will increase the risk of a destabilising correction later on, that will hurt many households,” he added, going on to note that the double whammy of rising prices and higher interest rates will risk a significant increase in debt servicing costs for future buyers.

“We have carefully considered the timing and scope of the measures. While there is continuing uncertainty created by Covid-19, we have decided to move now, to reduce the risk of a self-reinforcing cycle of price increases in the private and HDB resale markets that will impact housing affordability,” Lee went on to say.

The cooling measures include raised Additional Buyer’s Stamp Duty (ABSD) rates across the board to temper demand, although ABSD rates for Singapore citizens and Singapore Permanent Residents purchasing their first residential property will remain unchanged.

In addition, the Total Debt Servicing Ratio (TDSR) threshold has been tightened from 60 per cent to 55 per cent to keep household balance sheets healthy, while the Loan-To-Value (LTV) limit for HDB housing loans has been reduced from 90 per cent to 85 per cent. The tighter TDSR is not expected to affect most borrowers of HDB flats as about 97 per cent have TDSRs of below 55 per cent, although some prospective buyers of private homes may need to “consider right-sizing their intended purchases”.

Similarly, the reduction in the LTV limit for HDBs is also not expected to affect first-time buyers significantly – especially for lower-to-middle income families – as first-time families purchasing a resale flat can tap grants of up to S$160,000 as well as leverage their CPF savings.

At the same time, the government will boost supply in both the private and public housing markets to meet genuine demand.

The government will increase the supply of private housing through the GLS Programme. For the first half of 2022, there will be around 2,800 units on the Confirmed List, with another 3,700 units on the Reserve List – representing a 40 per cent increase for the Confirmed List from the previous GLS Programme in the second half of 2021. Lee also said that the government would boost supply further if demand remains robust.

He went on to add: “In 2022, we will launch a good mix of flats across mature and non-mature towns such as Bukit Merah, Jurong West, Kallang Whampoa, Queenstown, Tengah, Toa Payoh and Yishun. Looking ahead, we are also prepared to launch up to 100,000 flats in total from 2021 to 2025, if needed.” This, however, will be tweaked based on demand.

The government will also keep close watch on current BTO projects to make sure they stay on track amid headwinds in the construction sector.

Speaking to The Business Times (BT), president of the Singapore Contractors Association Limited (SCAL), Ng Yek Meng, said that the construction industry continues to face an acute shortage of workers at present. “I don’t think we have enough capacity to take on additional works at the moment,” he added. “We have to bring back workers to ramp up capacity. The other alternative is to develop better designs (and) use technology to build more with a leaner work force for the medium and longer term.”

He added: “Construction firms are operating at 70 to 80 per cent efficiency.”

The emergence of the Omicron variant hasn’t helped matters either. Since Dec 4, 2021, firms from the construction, marine shipyard and process (CMP) industries have been unable to make new applications to bring workers to Singapore via the vaccinated travel lanes. However, they may enter through other industry initiatives, or the Work Pass Holder General Lane.

With respect to the cooling measures, Ng reckons there could be less private residential projects for the construction industry, although the ramp up in BTO projects should mean more public housing projects to work on.

In response to queries from BT, a spokesperson from the Ministry of National Development highlighted that there is generally a time lag between the securing of private residential sites and construction; as such, developers may not start construction works immediately.

The spokesperson said: “To alleviate the tight manpower situation for construction firms, the government has implemented several measures. Firms can bring in vaccinated CMP migrant workers via the Work Pass Holder General Lane. The industry has also taken the lead through an Alliance for Action (AfA) approach to bring in more workers safely through a tightened end-to-end process.”