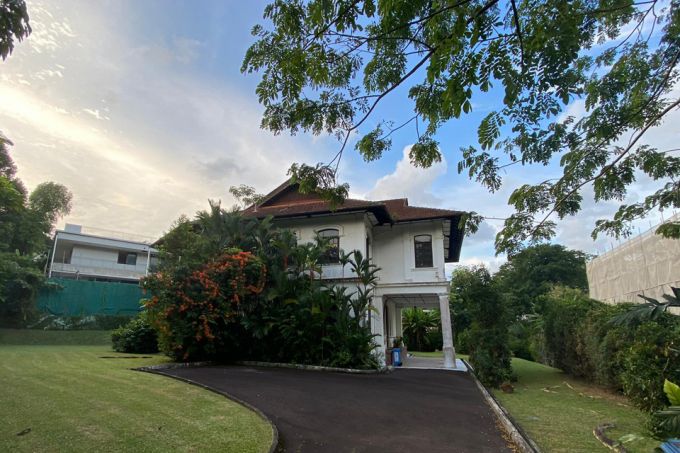 THE Good Class Bungalow (GCB) market is on a roll.

List Sotheby’s International Realty’s analysis of URA Realis caveats data shows that year to date (with the latest transaction dated June 18), there have been 50 deals in GCB Areas totalling nearly S$1.4 billion. This is higher than the total for the whole of last year – 46 deals amounting to S$1.1 billion.

The action is expected to continue, with attractive new offerings on the market.

The property, near the Singapore Botanic Gardens Unesco World Heritage site, is said to be vacant and ripe for redevelopment. It is being marketed by CBRE through an expression of interest closing on Aug 2.

BT understands that the property is owned by former Singapore Cabinet minister Yeo Ning Hong and his wife.

The property is next to the bungalow under construction that local technopreneur Tommy Ong is in the early stages of purchase. The price for that deal, reported by BT in May, is S$63.7 million – reflecting a record S$4,291 psf on 14,843 sq ft land area. Mr Ong sold his Singapore-based e-commerce marketing platform Stamped.io to Canada-listed WeCommerce in April for up to US$110 million.

BT understands that the bungalow behind the one Mr Ong is buying, was also put on the market recently. Its owners include Low Check Kian, lead independent director at Singtel. The asking price is S$63.8 million; this works out to S$3,560 psf on the freehold land area of 17,922 sq ft.

This price is about 16 per cent higher than the S$1,560 psf the plot had been marketed at about a year ago, say industry watchers.

Realstar Premier is understood to be brokering the deal. Its founder William Wong noted that GCB land prices have appreciated not only in the ultra-prime locations such as Nassim and Cluny which are closest to the Botanic Gardens but also for areas further away.

“In the case of Leedon Park, although land prices have risen from the S$1,600 psf range to S$1,800-plus psf on average in the span of a year, it would not be surprising to see prices in the area climb further to S$2,000 psf in about six months or so. This will be on the back of scarcity and expectation of continued strong demand.

“There is still a lot of activity going on in the GCB market. Even though owners have adjusted their prices upwards in the past few months, buyers are willing to pay a reasonable premium – up to a certain point,” said Mr Wong.

The number of those looking to buy GCBs now is about two to three times the level a year ago, he added.

Observers say that the pool of those house hunting in GCB Areas includes both locals and new citizens. Some of them have sold their businesses or benefitted from an IPO. Wealthy families are also buying for the next generation.

Bruce Lye, co-founder of SRI, describes the mood in the GCB market as “euphoric”. “In the past few months, we have seen buyers rushing to pick up properties from earlier listings – before owners started to up prices.”

“Some potential buyers may be unwilling to match the new benchmark price levels; so transactions may taper. But for now, GCB sales are still robust,” said Mr Lye.

Meanwhile, a Singaporean family member of Indonesian tycoon Alexander Tedja is understood to be buying an old two-storey bungalow in the Dalvey Estate locale near the Botanic Gardens for S$50 million.

The price works out to about S$2,500 psf on the freehold land area of nearly 20,050 sq ft. The family is expected to redevelop the property.

According to the Forbes website, Mr Tedja’s net worth is estimated at US$1.1 billion as at July 1, 2021.

Mr Tedja, 75, founded property developer Pakuwon Jati in 1982; the company has been listed on both the Jakarta and Surabaya stock exchanges since 1989, according to information on its website.

Bungalows in the 39 gazetted GCB Areas are the most prestigious form of landed housing in Singapore, with strict planning conditions to preserve their exclusivity and low-rise character. One generally has to be a Singapore citizen to be allowed to acquire a landed property in a GCB Area.

Separately, a property with dual frontages on Holland Rise and East Sussex Lane is in the early stage of being sold for S$56.7 million, which works out to about S$1,325 psf on land area of 42,770 sq ft. On site is a low-rise apartment block, Zion Mansion, and a smaller building.

The property is within the Holland Rise GCB Area.

The buyer is a local Singaporean family. Observers say that two bungalows can be built on the site, one facing Holland Rise and the other, East Sussex Lane.

The property is owned by the Guok family linked to Soon Lee Holdings.