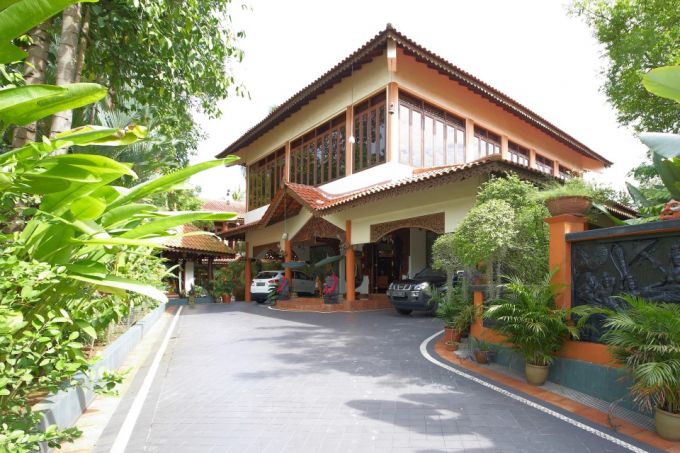 A GOOD Class Bungalow (GCB) in Binjai Park is on the market at an asking price of about $35.2 million.

The first house to be built in Binjai Park in the early 1950s, it was later redeveloped into a two-storey bungalow with a court-yard by the present owners, Dr S Lavan Iswaran and author/chef Indra R Lavan Iswaran who bought it in the late 1970s.

Set amid greenery, the bungalow in the Bukit Timah vicinity features a 50-metre- long frontage, master and junior suites in the main house, four bedrooms in the annexe building as well as a maids’ quarters. The patios, which overlook a koi pool, offer space for entertaining guests.

Independent adviser at PropNex and marketing agent for the property, Eugene Yeo, highlighted that the property – which is being offered for sale with vacant possession – is in close proximity to Methodist Girls’ School, while the nearest MRT station is King Albert Park.

The bungalow will be suitable for multi- generational families, Mr Yeo reckons, adding that prospective buyers’ may also consider optional addition and alteration works to suit their needs.

With artefacts and antiques crafted into the exterior and interior parts of the house, the bungalow has played host to a number of events over the years, according to Mr Yeo, including a three-day Cartier jewellery exhibition.

More recently, it was the venue for a documentary as part of the Indian Heritage Centre (IHC) CultureFest 2020.

Bungalows in the 39 gazetted GCB Areas are the creme de la creme of landed housing in Singapore, with the Urban Re-development Authority setting out strict planning conditions to maintain their exclusivity and low-rise character.

Unlike non-landed private homes, one typically needs to be a Singapore citizen to purchase a landed property in a GCB Area. There are just some 2,500 bungalows in Singapore’s 39 GCB Areas.