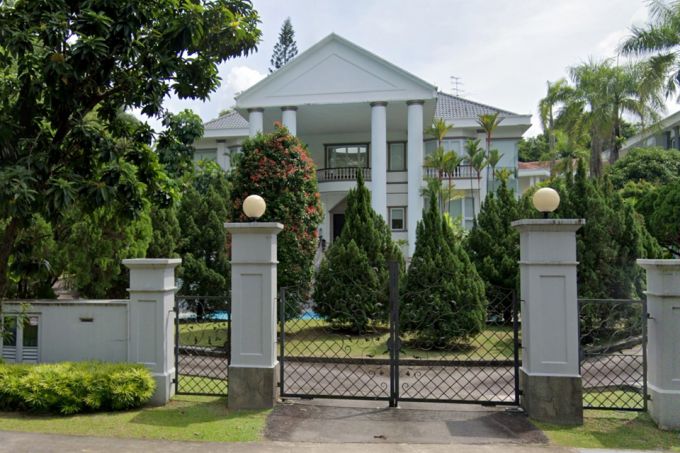 SINGAPORE’S Good Class Bungalow (GCB) market continues to be on a roll.

Among the latest deals is a bungalow in Binjai Park that is in the early stage of being sold for $31.35 million; this works out to $$1,384 per square foot based on the 22,648 sq ft freehold land area.

On site is a two-storey bungalow with a basement and a lift. It has five bedrooms and a guest room, as well as a courtyard and swimming pool. The bungalow is currently tenanted,

It is held by a wholly-owned vehicle of former Sincere Watch boss Tay Liam Wee which has granted an option to purchase the property to a low-profile Singaporean.

Realstar Premier, which is understood to be handling the sale, has declined to comment.

While anyone can buy a non-landed private home in Singapore, one generally has to be a Singapore citizen to be allowed to acquire a landed property in a GCB Area.

The property is being sold by a company whose shareholders include Melvin Phua, son of high-end furniture retailer Da Vinci Collection’s chairman Tony Phua.

The buyer is understood to be a newly-minted Singapore citizen who is in his 20s.

Observers note that assuming he is purchasing the property with a view to redeveloping it, the transaction reflects the steady price rise for GCB development land along Leedon Park in the past few years.

List Sotheby’s International Realty’s analysis of URA Realis data downloaded on Tuesday shows that caveats have been lodged for 11 deals in GCB Areas totalling $301.9 million from Jan 1 to Feb 1 this year.

“This has already outperformed the nine transactions that added up to $190.2 million, for the whole of first quarter 2020, when the Covid-19 pandemic surfaced globally,” said List SIR’s research director, Han Huan Mei.

Compared with last year, the overall market sentiment is much more positive now as Singapore is currently in Phase 3 of the reopening of the economy and the vaccination programme is well underway, she added.

Market watchers say the GCB market is poised to achieve a better performance this year over 2020’s tally of 46 deals totalling $1.09 billion.

Said Ms Han: “Barring unforeseen circumstances that may occur and/or introduction of property cooling measures, we expect around 50 to 60 transactions in GCB Areas for the whole of this year, with prices appreciating 5-10 per cent over 2020 levels.”

Lewis Cha, executive director of List SIR, observed that GCB buyers include the newly-rich whose businesses are not affected by the current crisis and are buying their first bungalow. “Also keen on the creme de la creme of Singapore’s landed housing market are multi-asset owners who are buying GCBs for long-term investment and/or legacy purposes,” he added.

“Sellers include ultra-high net worth individuals who are restructuring their portfolios to reinvest in other asset classes, and retirees who want to downgrade to smaller homes because their children have grown up and have their own houses,” said Mr Cha.

2 freehold residential properties near Somerset put up for sale