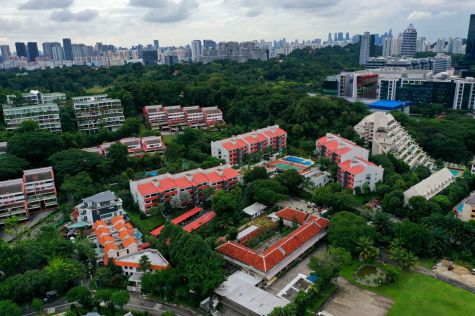 FLYNN Park in Pasir Panjang has been sold for S$371 million to a joint venture between Hoi Hup Realty and Sunway Developments, property consulting group Savills Singapore announced on Friday.

The sale price works out to approximately S$1,355 per plot ratio (ppr), which exceeds the S$365 million reserve price or S$1,284 ppr when the property was launched for sale by public tender on July 28. (The development’s first attempt at an en bloc sale in June 2018 ended without a buyer.)

Including 7 per cent bonus balconies, the land price works out to approximately S$1,318 ppr.

Located along Yew Siang Road off West Coast Highway, Flynn Park comprises 72 apartments and sits on 208,443 square feet of freehold land. It is about 350m from Pasir Panjang MRT station and is near landmarks like Mapletree’s business park and Sentosa, as well as amenities such as Pasir Panjang Food Centre and VivoCity.

Based on the Urban Redevelopment Authority’s 2019 Master Plan, the site is zoned “residential” with a plot ratio of 1.4.

The deal was brokered by Savills Singapore, which described this as the largest collective sale site sold so far this year.

GCB at Binjai Park up for sale at price tag of S$35.2m