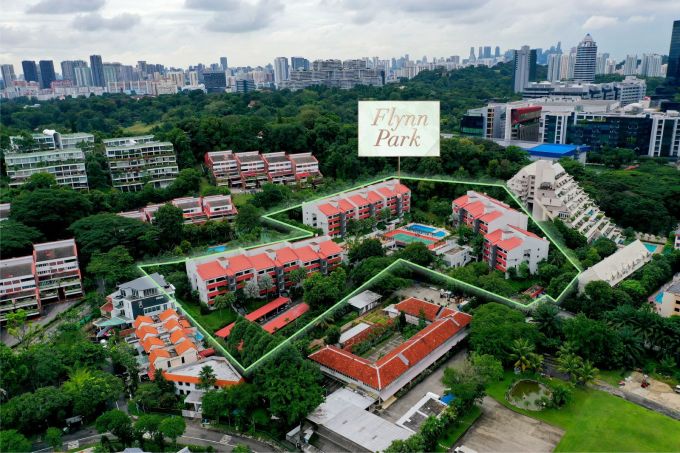 PROPERTY consulting group Savills Singapore announced on Wednesday that it has launched the public tender of Flynn Park, located at 18 to 22 Yew Siang Road, a freehold elevated residential site about 350 metres from Pasir Panjang MRT station.

Savills Singapore is the exclusive sole marketing agent for the public tender exercise, which will close on Sept 9 at 3pm.

The site is zoned for residential use with an allowable gross plot ratio of 1.4 under the Urban Redevelopment Authority’s (URA) 2019 Master Plan and has a land area of about 208,443 square feet.

Flynn Park’s reserve price is at S$365 million, which works out to S$1,284 per plot ratio, including a 7 per cent bonus gross floor area for balconies, Savills said.

This is slightly higher than the property’s S$363.8 million when it was launched for collective sale back in June 2018.

Based on URA’s development baseline reply, the development charge payable, inclusive of bonus balconies, is about S$36 million. The site can be redeveloped into a new upscale, low density development of up to 271 units with an average size of 100 square metres.

Chairman of the development’s CSC Sunil Guliani said that the Circle Line MRT has improved accessibility to Flynn Park “tremendously”, although the development is showing its age.

“Most of the owners will be sad to move out but Flynn Park is getting older and there are more maintenance issues to deal with these days. It is time to go en bloc”, he said.

Aside from the MRT station, Flynn Park is close to landmarks like Mapletree’s business park and Sentosa, as well as amenities such as Pasir Panjang Food Centre and VivoCity.

The area is also set to benefit from the government’s plans for the Greater Southern Waterfront, which will stretch across 30km of the southern coastline from Pasir Panjang to Gardens by the Bay.

Savills deputy managing director of investment sales and capital markets Galven Tan said that Flynn Park presents an “exceptional opportunity” to acquire a large freehold site at the fringe of the city centre.

“Such prime mid-sized sites are exactly what developers are seeking. Furthermore, once completed in 2025, the Circle Line will connect the new development to Marina Bay Financial District in just seven stops,” he said, adding that several developers have expressed keen interest in the site.