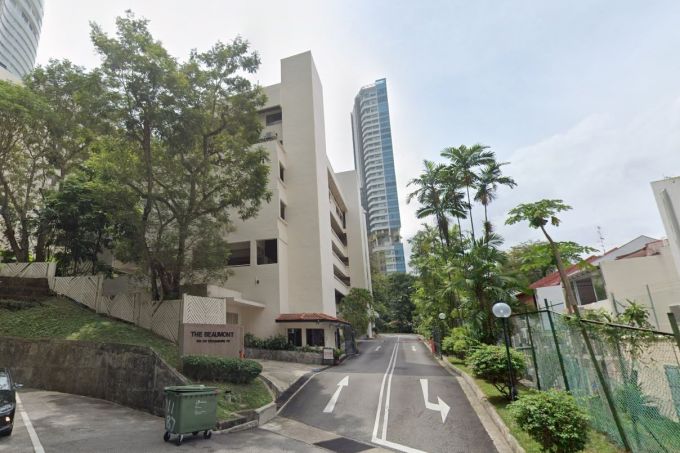 DAYS after a round of property curbs was introduced, collective-sale candidates in Singapore remain in wait-and-see mode, with some unfazed for now.

Several sites that have already begun their tenders are proceeding with the en bloc sale process, while a few have moved into private treaty talks, The Business Times (BT) has learnt.

In addition, Sultan Plaza in the Beach Road area intends to launch a tender this Wednesday (Dec 22), BT understands. The commercial building is thus likely to be the first to make an en bloc attempt since the new cooling measures took effect.

A slew of policy changes, including higher additional buyer’s stamp duty (ABSD) rates, were rolled out on Dec 16 to temper the exuberance in the housing market. Developers are now subject to 35 per cent ABSD, up from 25 per cent previously, which property analysts said is likely to make developers more cautious when bidding for land and cause the en bloc buzz to fizzle out over time.

There are also developments which have kickstarted the process – by forming a collective sale committee or appointing a marketing agent, for instance – but have yet to launch their en bloc tenders. These include Mandarin Gardens, Braddell View and City Plaza.

Savills Singapore managing director for investment sales and capital markets, Jeremy Lake, anticipates the latest measures to “take the heat out of the en bloc market” and prompt some collective-sale candidates to possibly give up or at least decide to moderate their price expectations.

He noted that the new cooling measures could in fact be a positive for The Beaumont, which Savills is marketing. “There will likely be fewer successful collective sales now. In turn, that will reduce the overall supply of new units or competition when the developer launches the redeveloped project (on The Beaumont’s site) for sale in 18 months’ time,” he told BT.

The Beaumont’s tender carries a reserve price of S$478 million and will close on Jan 20 next year. Lake said the freehold site, located in Somerset, is ideal for a super-luxury high-rise residential development. The developer can choose to build either small or large homes, and “should still be confident about selling all the units within 5 years due to the excellent attributes of the site and the fact that it is not too large”, he added.

Tanglin Shopping Centre, meanwhile, will see its tender close on Feb 22, with an S$828 million price tag. As the site is zoned for commercial use, ABSD is not payable, though developers may opt to include a luxury residential component. “The response from developers to the marketing has been very positive even after the cooling measures were announced,” Lake said.

The tenders for The Beaumont and Tanglin Shopping Centre started on Dec 10 and Dec 13 respectively, shortly before the latest cooling measures kicked in.

ERA Singapore’s chief executive officer Marcus Chu said sellers will now “need to be even more realistic about their reserve prices if they are keen to see the en bloc sale through”.

This is considering that the gestation period of a collective sale is long, which means developers that purchase en bloc sites can only launch their new projects much further down the road. “With the latest cooling measures, the risk level has increased by several notches, and developers are likely to factor these risks in when bidding for land,” Chu added.

As most market participants tend to take a wait-and-see approach in response to major policy changes, sellers presently on the en bloc trail “could perhaps take this time to rework their pricing and options”, he told BT.

ERA is the marketing agent for Chuan Park Condominium, whose S$938 million tender closed on Nov 18. Private treaty negotiations, now in progress, are expected to conclude in January next year.

On Dec 17, Chu told BT that there remains interest from prospective buyers. “Chuan Park’s location is great; it is near the MRT station and in close proximity to Serangoon Gardens,” he added.

ERA also handled the tender for Choon Kim House, which had a S$55 million guide price and closed on Dec 15, a day before the new cooling measures. Private treaty talks have since begun for the mixed-use building, Chu told BT. He pointed to Choon Kim House’s freehold land tenure, as opposed to the leasehold sites released under the government land sales (GLS) programme. Moreover, the price quantum is below S$100 million, and the risk will be “manageable” for the new owner, he said.

As for Braddell View, ERA was appointed as the marketing agent in November, although a tender has not been launched, BT understands.

Colliers told BT that the tenders it is currently handling will continue, and any decision will be made based on the submissions.

En bloc sites that have engaged Colliers as the marketing agent include freehold residential property Baode Building. Its tender opened on Dec 13 and will close on Jan 18 next year, and the indicative price stands at S$27 million.

Edmund Tie declined to comment on the collective-sale candidates it is handling. Among these sites is the freehold residential Elizabeth Towers, whose S$630 million tender closed Dec 15.

Golden Mile Complex, which in November announced an S$800 million reserve price and a tender closing date of Feb 28, has also selected Edmund Tie as its marketing agent.

Cushman & Wakefield said the en bloc tender for Sixth Avenue Centre will proceed as planned and close on Jan 6. The mixed-use site has an S$85 million price tag.

The outlook for the collective sale market remains positive as developers are still looking to replenish their depleting land banks, said Christina Sim, director, capital markets at Cushman & Wakefield. “However, pricing will be a big consideration as most developers’ risk appetite has been somewhat tempered. Mixed-use and commercial sites will possibly see more interest as residential gives up some gains,” she added.

OrangeTee Advisory is marketing Thomson View Condominium, whose S$950 million tender was to close on Jan 13. The firm has not responded to BT’s queries.

Savills’ Lake noted that Singapore citizens and permanent residents are unaffected by the latest cooling measures, thus their aspirational buying should continue. “Developers will continue to be keen to buy sites catering to this demand, either from GLS or en bloc sales.”

“However, the penalty the developer will incur if it does not sell all the new units within 5 years has increased to 35 per cent. Therefore, developers may be further discouraged from buying large sites, and will probably choose to focus on smaller to medium-sized sites,” he added.

While foreigners purchasing residential property are among the hardest hit by the new measures – due to the significant increase of ABSD to 30 per cent – Lake does not expect foreign buying to completely stop, as Singapore remains a long-term safe-haven investment location. “The very wealthy individuals in particular will continue to buy. The less wealthy foreigners on a budget will probably choose smaller properties,” he said.

Chu from ERA noted that for any en bloc sale to succeed, the price expectations of the vendors and the purchaser must match.

He expects smaller and “realistically priced” en bloc sites to have many more suitors than mega developments. Sites which can potentially yield up to 500 units are “highly attractive to developers as they are not too large and therefore not too risky”, he said.