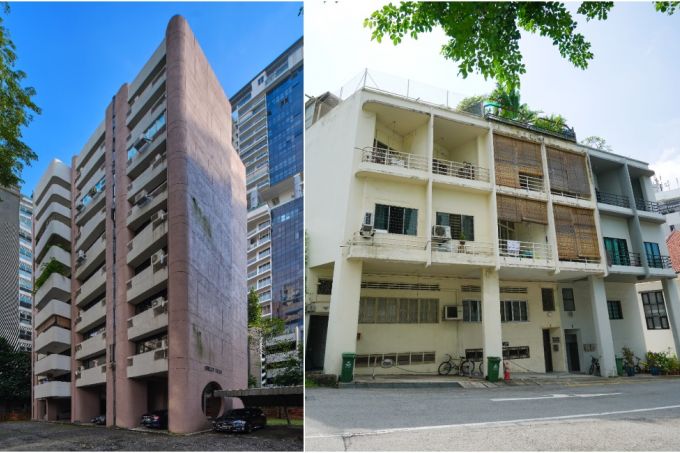 ACTIVITY is picking up in Singapore’s en bloc property market – two deals were announced this week, including the year’s first collective sale.

“The site has a very high development baseline, so the development charge is nominal at just around S$294,000 or so,” Mr Low said.

Located at 2 Surrey Road in Newton, the 10-storey building with nine residential units was launched for collective sale via public tender in January 2021 with a guide price of S$55 million. SRI said then that the guide price worked out to a land rate of about S$1,661 psf ppr, inclusive of development charge.

The land is zoned for residential use. Including an additional 7 per cent bonus gross floor area (GFA) for balconies, the maximum permissible GFA is around 35,882 sq ft.

That means it can potentially yield up to 36 units with an average size of 85 square metres (914 sq ft), SRI said. There is a possibility of redeveloping it into “a high-rise apartment with unblocked panoramic views of the Bukit Tunggal Good Class Bungalow Area and the Chancery Lane landed estate”, said Mr Low.

In its filing on Thursday, Amara did not disclose details of its plans for the site, though it noted that the acquisition was “in the ordinary course of the group’s business”. In response to BT’s queries, the company’s spokesperson said on Friday that it “prudently looks for freehold unique sites to develop”.

“We believe that well-located, well-designed and attractively priced developments will continue to appeal to discerning homeowners and real estate investors,” the spokesperson told BT.

The group’s residential portfolio includes freehold five-storey boutique residence 10 Evelyn, which is off Newton Road and a five-minute walk from Surrey Point, and The Abode@Devonshire, a 15-storey freehold tower with 26 units near Somerset MRT station.

SRI’s Mr Low said Surrey Point’s tender drew strong interest “largely due to its palatable quantum size and sought-after location”. He added that the Newton area’s recent paucity of new condo launches and the high take-up rate of projects nearby such as Kopar At Newton indicate that the Surrey Point redevelopment could be a highlight when it goes to market.

Separately, a trio of freehold, three-storey residential properties at 2, 4 and 6 Mount Emily Road has changed hands for S$18 million.

This is the first collective sale in Singapore in 2021, Edmund Tie & Co told BT.

The three adjoining buildings sit on a total site area of about 5,549 sq ft with an existing gross floor area of some 16,138 sq ft. The site is zoned for residential use with a 2.1 plot ratio, under the Urban Redevelopment Authority’s Master Plan 2019.

“The tender attracted very keen interest from developers and investors due to its prime location and bite-sized quantum,” Ms Swee added. “The 100 per cent owners’ consent also provided the developer with certainty in the deal completion timeline.”

ZACD Group chairman Kain Sim said the acquisition is in line with the company’s focus in acquiring properties with value-added potential in prime locations. “I see great potential to develop this property into a unique offering for urban living,” Ms Sim noted.

Over half the developers in Singapore are keen to replenish their land bank, with the en bloc market likely to garner more interest in the first half of this year, according to the Q4 2020 poll by the Institute of Real Estate and Urban Studies at the National University of Singapore.

The last collective-sale fever in Singapore took place in 2017 and 2018, when the total deal value hit its highest in more than a decade. There were some 31 transactions totalling S$8.5 billion in 2017 and 36 deals valued at S$10.3 billion done in 2018, compared to the all-time record of S$21.8 billion in the 2005-2007 en bloc cycle, according to data from Knight Frank and Colliers International.