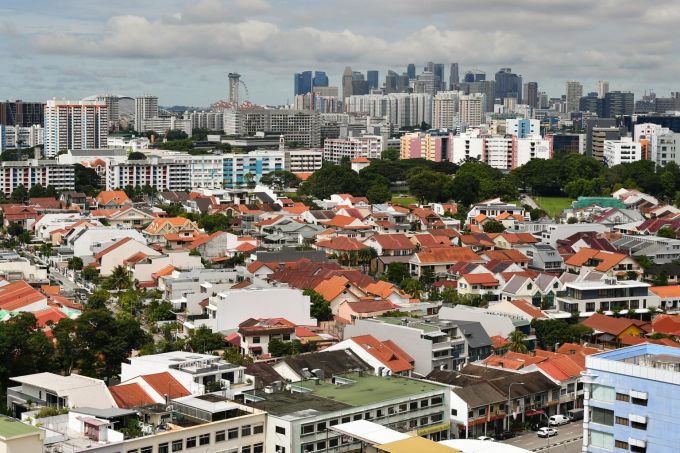 AS DEVELOPERS grapple with headwinds such as higher construction costs, some owners have been taking another crack at going en bloc – this time putting their projects on the market at a lower price.

Data from real estate consultancy JLL shows at least five projects that have been put up for tender this year have reduced their asking price vis-a-vis the last en bloc cycle.

They pointed out that developers have to contend with the cooling measures implemented since July 2018, while the recent hike in development charges has translated to higher acquisition costs for some en bloc sites.

As part of the 2018 cooling measures, the remissible additional buyer’s stamp duty (ABSD) for residential developers was raised from 15 per cent to 25 per cent. If a developer fails to complete the residential project as well as sell all its units within five years of acquiring the site, it will have to pay the 25 per cent ABSD with interest.

Tan Hong Boon, JLL’s executive director (capital markets), said that some collective sale committees (CSC) and/or owners have realised that their projects could have been over-priced in the last en bloc cycle and are now willing to bring them in line with the market.

Tan went on to add: “There is a general sense of urgency among CSCs/owners expecting potential new market-cooling measures from the government, which may again impact their collective sale prices. Many of them are moving quickly in order not to miss the boat again.”

Ian Loh, Knight Frank’s head of land and building, collective and strata sales, noted that owners recognise that costs for developers have increased such as the introduction of the 5 per cent, non-remissible ABSD imposed since July 2018 on residential development sites purchased by developers. He said: “Compared to the 2017/18 cycle, construction costs have also gone up.”

In addition, the bonus gross floor area (GFA) for balconies in new projects was reduced from 10 per cent to 7 per cent.

Cushman & Wakefield’s director of capital markets, Christina Sim, pointed out that en bloc fatigue could be setting in for owners who have mounted several unsuccessful attempts, such as Watten Estate which is on its third bid and Peace Mansions, which is on its sixth.

Where ageing commercial leasehold buildings are concerned, “the pandemic is taking a toll on certain developments, such as the lack of pedestrian footfall, poor or negative rental returns and high vacancy rates,” Sim added. “Some owners are feeling the pain of carrying such assets which, more often than not, is more of a burden and a cost.”

Meanwhile, Cushman & Wakefield’s head of research, Wong Xian Yang, highlighted that the current en bloc cycle is kicking off as “prices are at their historical highs”, translating to lower risk-reward ratios if “developers pay top dollar for a site”.

At the same time, there have also been some sites which have raised their prices from the last en bloc cycle, such as Flynn Park and The Stradia. Notably, 72-unit freehold Flynn Park, which is 350 metres from Pasir Panjang MRT station, was sold for S$371 million in September – above its reserve price of S$365 million – to a joint venture between Hoi Hup Realty and Sunway Developments. Savills was the appointed marketing agent.

The sale price works out to about S$1,355 per square foot per plot ratio. Flynn Park was previously put up for tender at S$363.8 million in May 2018, before the reserve price was revised to S$325 million in January 2019.

Galven Tan, Savills’ deputy managing director for investment sales and capital markets, highlighted that the timing was opportune for Flynn Park this time around as developers are hungry for land, while the quantum was palatable.

He said: “In the previous en bloc cycle, they were arguably late to the party as most developers had already bought multiple sites. This was followed by the cooling measures in July 2018. At the time, there was a lack of demand. Now, demand is strong – developers are bidding aggressively for parcels under the Government Land Sales (GLS) programme.”

Against the backdrop of shrinking unsold inventory and strong sales in the private residential market, developers will remain on the hunt for land, and the insufficient supply of GLS sites will prompt developers to look to collective sales, analysts say.

Tan Hong Boon said: “With the continued healthy sales and demand for housing, we expect the private residential market to continue to perform steadily. Developers will continue to buy sites for their redevelopment needs.”

However, the risk of not meeting the ABSD timeline may cause developers to be less aggressive about replenishing their landbanks for the long term, instead opting to acquire enough land to meet their needs for that point in time.

As such, JLL’s Tan advised collective sale owners to have “reasonable price expectations to avoid pricing themselves out of the market” as well as to “get their act together faster” than the many, other projects gearing up to launch a sale.

Similarly, Cushman & Wakefield’s Wong reckons developers will remain cautious when it comes to choosing sites and submitting bids as the pandemic drags on, which should keep the current en bloc cycle from hitting the levels notched in the previous cycle. Some developers may baulk at larger sites yielding over 1,000 units owing to the punitive 25 per cent ABSD imposed for not constructing and selling the units within the deadline.

Meanwhile, with the prevalence of working-from-home creating some uncertainty for the office market, Wong expects increased demand for older commercial en bloc sites that are able to tap on schemes such as the CBD incentive scheme – which allows intensification of use by converting a portion of commercial use to residential use – to benefit from the buoyant private home market.

Striking a balance in building HDB flats in prime locations