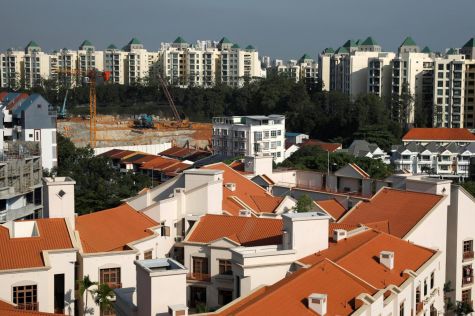 ANALYSTS expect the number of new private homes released for sale in 2022 to fall year-on-year, denting transaction volumes as some developers may delay launches in the wake of the cooling measures.

2022 will also see smaller scale launches and an absence of the mega projects wheeled out in 2021, such as Normanton Park which has sold about 1,450 of its 1,862 units this year.

ERA’s head of research and consultancy, Nicholas Mak, noted that the sales volume notched this year stood at an 8-year-high, adding: “Such transaction volume cannot be sustained, especially with fewer housing units expected to be launched and with the weight of the latest property curbs.”

Mak explained: “The latest cooling measures could lead to lower volume of land acquisition in 2022 compared to 2021. To ensure that they have sufficient inventory of new residential developments to sell, developers would delay the launch of some of their projects.”

In addition to a higher additional buyer’s stamp duty (ABSD) of 35 per cent, developers also have to contend with headwinds such as uncertain demand, elevated construction costs and potentially steeper interest rates in 2022.

When it comes to acquiring residential sites en bloc, developers are expected to be cautious about larger sites as well as pricing, owing to the more punitive ABSD. Developers have to stump up the 35 per cent remissible ABSD – up from 25 per cent – on their residential site purchase price, with interest, if they fail to complete the residential project and sell all units within 5 years of acquiring the site.

Lee added: “While developers need to replenish land bank, the increased supply of land, together with the cooling measures dampening demand, will likely exert downward pressure on land bids. This will have an effect on the eventual selling price.”

The government has said that it will beef up the supply of private homes from sites on the H1 2022 GLS programme confirmed list by about 40 per cent versus H2 2021, although some analysts reckon this may still be insufficient.

Meanwhile, housing supply on the reserve list is being trimmed, translating to roughly a 5 per cent drop in the combined supply across both the confirmed and reserve lists for H1 2022.

Projects that could be launched in the first quarter of 2022 include Belgravia Ace, Kovan Jewel, Royal Hallmark and The Arden, analysts say. Meanwhile, several EC projects are also slated for 2022, such as Qingjian Realty’s project at Tampines Street 62, and North Gaia at Yishun Avenue 9 by developer Sing Holdings.

In addition, there will likely also be residential units put on the market from AXA Tower in Shenton Way, which is being redeveloped into a mixed-use development; the former Maxwell House site, which will also include a residential component post-development; and the Marina View white site acquired via state tender by Malaysian property group IOI Properties.