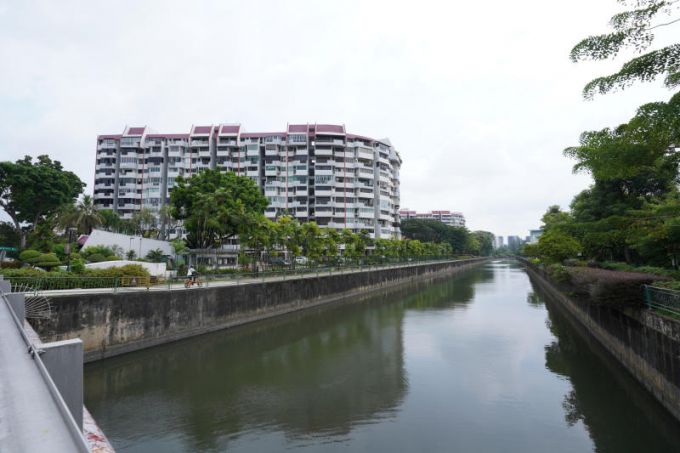 POISED to close 2021 on a high, the property sector was set for a holly, jolly Christmas after blithely shrugging off two Covid-19 variants and multiple headwinds in the construction sector this year.

Instead, it got a lump of coal, as one analyst put it.

And after a fresh wave of cooling measures was announced on the night of Dec 15, the residential collective sales market is starting to feel the heat.

At a price tag of around S$556.7 million, or S$2,537 per square foot per plot ratio (including the bonus gross floor area for balconies and development charge payable), this was the highest land sale price achieved in psf ppr since the last round of property curbs in July 2018.

Shun Tak, which announced it had won the tender days before the cooling measures were announced, was planning to redevelop the freehold site in the Orchard area into a luxury residential project by 2027.

Meanwhile, the 99-year-leasehold Lakepoint Condominium near Jurong Lake District is the subject of private treaty negotiations after offers failed to meet its reserve price of S$640 million at the close of its tender last week.

As the government sought to tame exuberance in the property market, Singaporeans and permanent residents who already own a property and want to buy an additional one(s) are now staring at higher additional buyer’s stamp duty (ABSD) rates, ranging from 17 per cent to 30 per cent.

First time-buyers are largely unaffected, but the tightening in the total debt servicing ratio (TDSR) to 55 per cent, along with the prospect of rising interest rates in 2022, may prompt some buyers to re-do their sums. One bright spot is that genuine homebuyers stand to benefit from the likely drop in transaction volumes and a gentler appreciation in prices following the curbs.

Meanwhile, foreigner buyers – who are typically drawn to luxury projects – will have to fork out a heftier 30 per cent ABSD, up from 20 per cent. PropNex estimates that some developers of projects located in the Core Central Region (CCR) may cut average prices by 5 to 8 per cent next year, amid the triple whammy of softer demand from foreigners, cooling measures and ample unsold supply in the CCR.

For instance, Hong Kong developer, CK Asset Holdings, which is marketing the 230-unit freehold development Perfect Ten in Bukit Timah, sought to entice buyers by throwing in a one-time, 5 per cent discount as a sweetener during its launch weekend, incidentally the same week that the cooling measures were unveiled. Post discount, prices for various units ranged from about S$3,040 to S$3,437 psf, based on a release issued ahead of the launch. 12 units were reportedly sold that weekend, translating to a modest 5 per cent take-up.

Where developers are concerned, they will have to cough up a 35 per cent remissible ABSD – up from 25 per cent – on their residential site purchase price (with interest) if they are unable to complete their residential project and sell all the units within 5 years of acquiring the site. The non-remittable ABSD for housing developers remains at 5 per cent. Taken together, that means developers could potentially be on the hook for 40 per cent.

In addition, they still have to contend with higher construction costs and potential construction delays as border closures and supply chain disruptions arising from the pandemic have resulted in a labour crunch and increased material costs.

Cushman & Wakefield’s head of research (Singapore), Wong Xian Yang, reckons that while developers will remain keen to acquire land given their fast-dwindling unsold stock, they will now adopt a more selective, prudent approach when it comes to bidding.

Huttons Asia estimates that industry-wide unsold inventory was at a record low of 15,000 units, as at end-November.

And while the government is beefing up the supply of private homes from sites on the H1 2022 Government Land Sales (GLS) confirmed list by about 40 per cent vis-a-vis H2 2021, housing supply on the reserve list is being cut, translating to roughly a 5 per cent drop in the combined supply across both the confirmed and reserve lists for H1 2022. The five available sites on the confirmed list may not be sufficient, which will lead some developers to eschew the jostling and look to the en bloc market instead.

Wong also noted that many developments were already preparing to launch for en-bloc sale ahead of the cooling measures, which means that there could be more on the market over the next few months, albeit with a lower success rate.

Analysts expect that smaller- to medium-sized sites, where the risk is more manageable, could prove more palatable to developers. There could also be more joint ventures in the offing as developers seek to minimise risk by teaming up.

While the en-bloc market was starting to gather momentum in recent months, the latest round of cooling measures has flipped the script. There will still be developers hungry to replenish their landbank, but en-bloc hopefuls will need temper their price expectations so both sides can meet on middle ground.