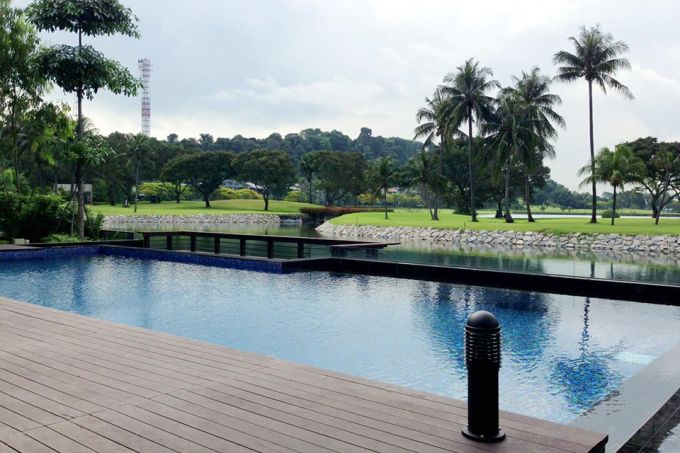 The buzz in the luxury housing market on mainland Singapore seems to be extending to the Sentosa Cove bungalow market.

A total of 14 villas have been sold year to date in the waterfront housing district, exceeding the 13 deals for the whole of last year, based on List Sotheby’s International Realty’s (List SIR) analysis of caveats data captured in URA Realis. The data was downloaded on Aug 4 with the latest transaction dated July 19.

“This could be attributed to a couple of bungalows on big land plots of over 18,000 sq ft each that were sold in 2021 and to higher prices in view of strengthening demand since second-half 2020,” said List SIR’s research director Han Huan Mei.

In all, Sentosa Cove has no more than 350 bungalows; the supply avail- able for sale is shrinking, particularly for sea and golf course-facing houses, he added.

Market watchers note that prices of sea-facing bungalows in Sentosa bought for redevelopment have appreciated from about $1,900-plus per square foot on land area for deals entered into late last year/early this year, to about S$2,500 psf currently.

The buyers in most of these transactions have not lodged caveats and hence the sales are not captured in the URA Realis caveats data.

Also in strong demand are well-designed villas in good condition and with strong attributes, Transacted prices of golf course-facing bungalows have climbed – from $1,518 psf for a villa on Lakeshore View a year ago to $2,407 psf for another house, also along Lakeshore View, sold last month. Word on the grapevine is that yet another golf course-facing villa in Cove Drive is expected to change hands for close to $2,300 psf.

“Nevertheless, investors are drawn to Sentosa because of the resort-like and waterfront lifestyle it offers, which cannot be replicated elsewhere in Singapore,” said Ms Han,

Sentosa Cove is also the only place in the Republic where a foreigner who is not a Singapore permanent resident (PR) may seek approval to buy a landed home for their own use.

List SIR’s analysis of Realis caveats data shows that Singapore citizens picked up six of the 14 bungalows in Sentosa transacted year to date.

‘One purchase was made through a company and the buyers of the remaining units have a spread of nationalities: China, Cambodia, Myanmar, Malaysia, Canada, the US and the Netherlands.

Some observers are wondering how sustainable price increases of Sentosa Cove villas will be in the longer run, as the balance land tenure declines. for which caveats have not been lodged, buyers are mostly from China, at least originally; some of them make their Sentosa bungalow acquisition under another nationality. Take for example a pair of adjacent bungalows along Cove Drive with sea views, near the Seven Palms condo, that were sold this year by the family of Tony Phua, chairman of furniture retailer Da Vinci Collection. ‘The pair of bungalows are understood to have been bought by Su Haijin, a citizen of Cyprus. (In May, a person of the same name emerged as a substantial shareholder of Catalist-listed No Signboard Holdings.)

Mr Su paid a total of $36.37 million or $$1,941 psf for the pair of bungalows, He is required to amalgamate the two plots and redevelop the combined site of 18,740 sq ft into a single residence – to comply with the rule that a non-Singapore citizen may own only one landed home in Singapore.

Mr Tay predicts that as Singapore reopens its borders progressively, buying demand for villas in Sentosa Cove will continue to grow and prices should continue to appreciate.

Some observers are wondering how sustainable price increases of Sentosa Cove villas will be in the longer run, as the balance land tenure declines.

Bungalows in Sentosa Cove were built on 99-year land parcels sold by the precinct’s master developer between 2003 and 2009, leaving balance land tenures of around 81-87 years. Buyers from China, for one, would not have much issue with this, as land tenures in their home market are even shorter, at 60-70 years, say observers.

Desmond Sim, chief executive officer of Edmund Tie & Co, notes that Sentosa Cove remains a viable option for foreigners wanting to own a landed home in the Republic. “It offers a lifestyle without comparison – with the sea, beaches and piers to dock their yachts.”

Moreover, he notes that with bungalows on Cove still having at least 80 years’ remaining land tenure, banks would still be willing to finance their purchase and “you can live in these properties for more than one generation, if you’d like”.

“Much later down the road, shortened tenure would definitely put some pressure to the pricing. However, some people would still pay a good price owing to the property’s unique location and the lifestyle it offers instead of just focusing on the tenure.