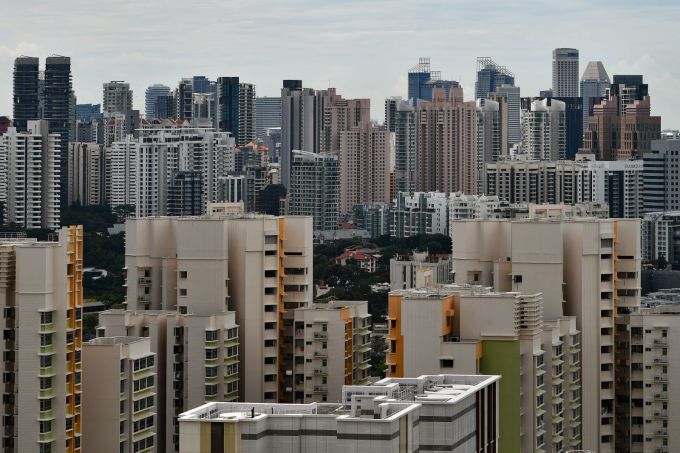 HEIGHTENED leasing demand for homes in Singapore has pushed some rents up to levels unseen in recent years, with robust volumes in certain heartland locations as well as Districts 9 and 10.

It comes as overall rents of private and public housing have been climbing in the past year.

Huttons Asia told The Business Times that a three-room Housing Board (HDB) flat in Yishun was recently rented at S$2,200 per month, higher than the previous monthly contracted rate of S$1,600. In Sembawang, an executive apartment went for S$2,700 per month, up 35 per cent from S$2,000 previously.

Huttons Asia chief executive officer (CEO) Mark Yip noted: “HDB flats in the northern part of Singapore benefitted from demand from Malaysians who were stuck in the city-state (due to Covid-19 curbs).”

PropNex CEO Ismail Gafoor said the heartland saw relatively more rental demand for flats. This year, as at Dec 10, Jurong West, Tampines, Sengkang and Bedok each recorded over 2,000 HDB rental transactions, beating mature estates such as Ang Mo Kio, Queenstown and Toa Payoh, where rents tend to be firm and the availability of flats for lease may be tighter.

PropNex has seen some HDB rents crossing S$3,000 per month. While that is fairly common for five-room and executive apartments, there have been more four-room and even three-room flats going above S$3,000, Gafoor told BT. Most of them are in central locations like the Central Area, Bukit Merah and Queenstown.

The priciest rents within mature towns have reached S$4,000 or more for five-room flats. This year, 2 executive apartments in Yishun Avenue 11 and Tampines Street 83 fetched that rate – “almost at the same level as a private apartment rental” – despite being located in the heartland, Gafoor noted.

For private properties, OrangeTee & Tie senior vice-president of research and analytics Christine Sun said Districts 9, 10 and 15 were the most popular this January to October, based on the number of rental contracts signed for landed and non-landed homes, excluding executive condominiums (ECs).

“Districts 9 and 10 have traditionally been popular among expats given the proximity to Orchard and the Downtown Core, and the premium quality of condominiums. District 15 appeals to tenants who like the sea views of the East Coast area and those working at Changi Business Park,” Sun said.

Gafoor noted that District 10 is known for its existing expat communities. As many foreigners are unable to buy landed homes here, they may settle for renting houses within that neighbourhood as an alternative, he said.

Given the draw of Districts 9, 10 and 15, investors also tend to buy properties there. ERA Singapore head of research and consultancy Nicholas Mak said there is thus a “good stock” of residential units for rent in those 3 districts.

Suburban locations such as Districts 19 (Hougang, Punggol and Sengkang), 14 (Eunos, Geylang and Paya Lebar) and 16 (Bedok, Upper East Coast) are also sought after, as their rents are more affordable and some areas have ample amenities and are near popular schools.

Sun noted: “These districts have also seen a high number of HDB flat and condo sales transactions. Therefore, some tenants there could be locals who sold their homes and are renting while waiting for the completion of their new homes.”

Mak highlighted that District 19 is one of the biggest and most populated districts, thus it would also naturally see more tenants.

Yip from Huttons has also observed increased interest in non-landed private homes in Districts 1, 2 and 6, with demand in the first 10 months of 2021 similar to full-year levels in 2020. “The city centre has not hollowed out despite corporate downsizing and hybrid work; it remains a major employment node, and the convenience of proximity to work still wins hands down,” he told BT.

Among condo unit types, District 9 was the most popular area for renting two-bedroom residences. OrangeTee & Tie’s analysis showed that 2,366 contracts were inked for two-bedders there this January to October. As for three-bedroom condos, District 10 led the pack with 2,648 contracts.

For landed housing, District 10 also had the most rental contracts signed this year, with 908 transactions as at Dec 13, ERA found. District 18 topped the list for ECs with 396 contracts.

Meanwhile, new tenants are entering the market in areas where the supply of newly completed homes is tight. They include homebuyers for which completion has been delayed, single professionals working from home, and long-term visit pass holders who have stayed in Singapore since the pandemic began, Yip said.

Analysts predict that rental demand is poised to bounce back stronger in 2022. The resumption of international air travel will bring more foreign expatriates, business partners and students back to Singapore, OrangeTee & Tie noted.

ERA’s Mak expects healthy demand to fuel a gradual increase in rents. Collective sales may boost rents as well, although the latest cooling measures could slow activity in that market.

Residential en-bloc sales tend to result in a decrease in the available stock of completed housing units for owner-occupation and rental, as the condominiums are usually demolished for redevelopment. The displaced tenants will thus need to move and lease at nearby developments, while the owner-occupiers may go on to purchase other completed units for their replacement homes, Mak said.

By OrangeTee & Tie’s estimates, rents of private properties may increase 6 to 8 per cent this year, and subsequently at a faster pace of between 8 and 11 per cent in 2022.

Huttons reckons the supply of new homes could increase next year, once construction picks up pace when more migrant workers enter Singapore. Yip also flagged that the land VTL scheme with Malaysia “may not be good news for Singapore’s rental market in the long run”. An estimated 100,000 Malaysians are renting here; this demand pool will slowly reduce and exert downward pressure on rents as travel resumes, he added.

At the same time, the new cooling measures could convince more HDB upgraders to sell their flats and rent a place while waiting for the new project’s completion. “On balance, rents for private homes could see a further increase of 5 to 8 per cent in 2022,” Yip noted.

For landed homes in particular, PropNex foresees rents keeping steady amid stable supply with no major new completions next year. Demand should be largely fuelled by expats as travel resumes.

In the HDB rental market, volumes in 2022 could surpass 40,000 flats and reach 48,000, property analysts predicted. OrangeTee & Tie anticipates HDB rents to rise 7 to 10 per cent next year.

PropNex’s Gafoor expects demand to be driven by young couples still affected by construction delays for Build-to-Order flats as well as renovation delays.