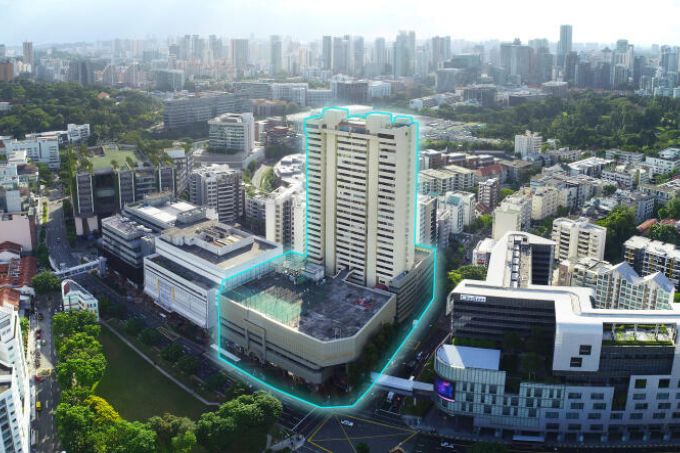 PROPERTY player Chip Eng Seng Chip Eng Seng: C29 +2.47%, a SingHaiyi SingHaiyi: 5H0 0% joint venture and Ultra Infinity have made a joint S$650 million bid for the combined development of Peace Centre and Peace Mansion, by way of a private treaty, making it the largest collective sale this year.

The companies in separate bourse filings on Friday (Dec 3) announced that the “offer was accepted”.

The SingHaiyi joint venture, Sing-Haiyi Crystal, is equally owned by a SingHaiyi Group subsidiary and an entity controlled by Singaporeans Gordon Tang and Celine Tang – who are also Chip Eng Seng controlling shareholders.

Peace Centre was put on the market for collective sale in September, with the owners expecting offers in excess of S$650 million.

“We have been persistent over the years and never gave up. We have finally come to this stage and successfully found a buyer on our fifth attempt,” said Mohamed Rafig Maideen, chairman of Peace Centre’s collective sale committee. He added that the owners were more realistic this round.

As part of the deal, Chip Eng Seng, Sing-Haiyi Crystal and Ultra Infinity will form a joint venture. Chip Eng Seng will hold the largest stake at 40 per cent, while the remaining 2 each hold 30 per cent.

The en bloc acquisition of Peace Centre is subject to the joint offerors obtaining a sale order approving the collective sale; approval from the lessor of the property; as well as meeting planning criteria.

The joint offerors will also need approval from the Singapore Land Authority (SLA) for a fresh 99 years lease top up.

As of Friday, the joint offerors have paid an offer fee of S$1 million in connection with the acquisition.

The property is a mixed development comprising 319 strata units, and has a 99-year tenure starting from Jun 2, 1970. It has a land area of 7,118 square metres and is currently zoned for commercial use.

JLL executive director Tan Hong Boon said with a sale price of S$650 million, the unit land rate for the deal is S$1,426 per square foot per plot ratio (psf ppr), after including an estimated lease top-up premium.

After factoring in an additional 7 per cent bonus gross floor area (GFA) for the residential component, the land rate is S$1,388 psf ppr.

The owners were not able to get the 80 per cent approval needed for the potential collective sale in 2007, where they were looking at an indicative price of S$470 million.

The approval required was later achieved in February 2011 but with a higher asking price of S$700 million, according to Savills at the time.

The owners received in-principle approval from the SLA for a lease top-up to 99 years in April 2019.

In a bourse filing, Chip Eng Seng said the en bloc sale of Peace Centre presents a strategic opportunity for the company to acquire a prominent District 9 site for redevelopment.

SingHaiyi group said separately in a bourse filing that partnering with the joint offerors will allow the company to better manage its financial and execution risks.

Both SLB Development and KSH, in their announcements, said that the joint offerors collectively have a good mix of experience in property development and/or construction works in Singapore, and will be able to tap one another’s expertise and experience.