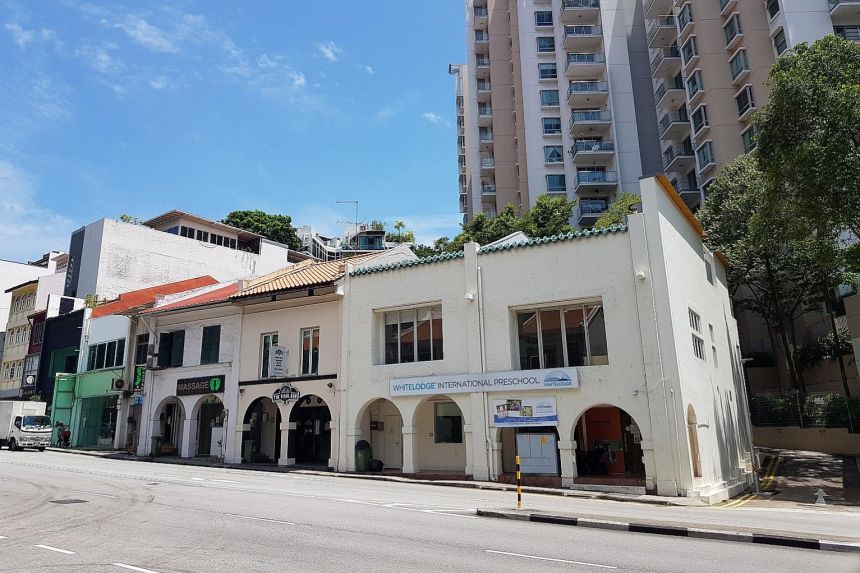 Buyers are flocking back into the shophouse market after the pandemic-induced lull put the sector in the doldrums for months.

Sales are powering ahead while new launches are further igniting investor interest.

Savills Singapore director of investment sales Yap Hui Yee said the rarity of such buildings and their ability to preserve their value make them highly attractive, especially given low interest rates.

Analysts have also noted the higher yields on commercial shophouses over residential property.

PropNex associate division director Loyalle Chin added that shophouses are “the perfect alternative” to penthouses and good class bungalows for foreign investors as they can own coveted land in prime districts without having to pay additional buyer’s stamp duty.

Recent transactions include 52 Amoy Street that sold for $8.5 million, 44-46 Amoy Street that went for $21.3 million and 534 North Bridge Road that reaped $10 million. Word is that another shophouse in Amoy Street was purchased for close to $30 million.

It said the buyer plans to transform the property, which can be built up to 10 storeys at its rear, into luxury apartments.

Buyers still have a wealth of choice, with shophouses in River Valley, Bugis, Telok Ayer and Tiong Bahru among the recent launches.

They include three adjoining freehold shophouses at 262, 264 and 266 River Valley Road that are on sale via an expression of interest, said marketing agent Edmund Tie.

They carry a guide price of $2,500 per square foot (psf) based on the total built-up area of about 8,778 sq ft, making an overall price of $21.9 million, although the three can also be purchased separately and have individual land titles.

The three fully tenanted shophouses have an 18m-wide frontage. They are zoned “residential with commercial at first storey” with a plot ratio of 2.8 and an allowable building height of up to four storeys.

They are in a non-conservation area and so are not subject to the conservation regulations, unlike many shophouses in prime districts.

The expression of interest exercise closes at 3pm on Dec 2.

The home of Swee Kee Eating House – also known as Ka-Soh – at 96 Amoy Street in the Telok Ayer conservation area is on the market for purchase by tender, said sole marketing agent PropNex Realty.

The Cantonese-style fish soup restaurant, which has occupied the site for over two decades, is likely to extend its tenancy.

Foreigners can buy the property, and the sale will not incur additional buyer’s or seller’s stamp duty.

Amoy Street is within walking distance to Telok Ayer MRT station and Raffles Place. The tender closes at 3pm on Nov 26.

A shophouse in Tan Quee Lan Street in Bugis and two others in nearby Bali Lane are up for grabs, also marketed by PropNex.

A 999-year leasehold site at 5 Tan Quee Lan Street just across from Bugis MRT has an indicative price starting from $15 million.

All three storeys have been approved for food and beverage use. The shophouse has a gross plot ratio of 4.2, with the potential to increase the floor area up to about 4,629 sq ft.

It will be sold with the existing tenant – South Korean makgeolli bar and restaurant Joo Bar.

PropNex noted that a shophouse at 534 North Bridge Road nearby was recently sold at $10 million while 32 Liang Seah Street changed hands at $12.2 million.

Two freehold shophouses at 13 and 14 Bali Lane are also on sale with the owner seeking a closing price of $9.5 million to $9.8 million.

They both have two storeys, are zoned “commercial” and occupy a 1,470 sq ft site and a floor area totalling 2,616 sq ft.

The site is next to entertainment venue Blu Jaz Cafe.

Tenders for the three Bugis sites close at 3pm on Nov 26.

A row of four adjoining freehold conserved shophouses near Tiong Bahru market will be put up for sale today via an expression of interest exercise.

This translates to about $2,733 psf based on an existing gross floor area of 18,295 sq ft, said Colliers International.

They are fully occupied and will be sold with the existing tenancies, said Colliers. The expression of interest exercise closes on Nov 19, 3pm.