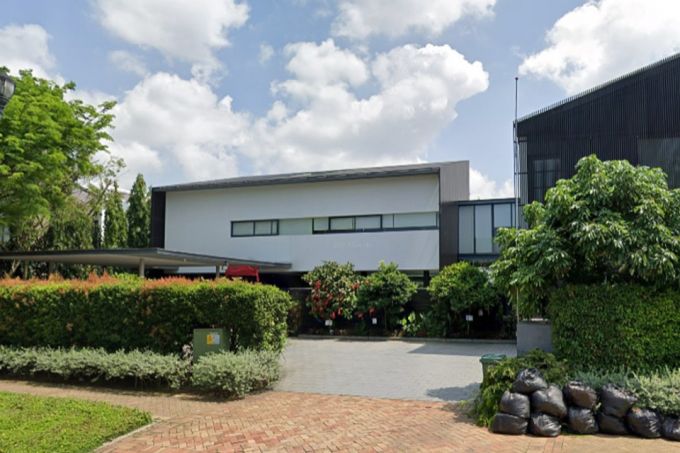 One of the latest deals involves a sea-facing bungalow in Sentosa Cove that is being bought for slightly over $39.33 million. The price works out to nearly $2,012 per square foot based on the land area of 19,550 sq ft.

This is one of less than 10 sea-facing bungalows on Sentosa Cove with a land area exceeding 18,000 sq ft.

The plot has 99-year leasehold tenure from July 2005, reflecting a balance term of about 83 years.

Located along Ocean Drive, the property is being bought by Su Baolin, who is understood to hail from Xiamen city in Fujian Province, holds Cambodian citizenship and has stakes in two Singapore-incorporated companies ~ one in software development/programming, and the other in e-commerce.

The seller is Lim Chin Huat, a seasoned property investor who is also involved in the fresh fruits and vegetables supply business, as well as restaurants and wine distribution.

The villa is his residence.

Based on List Sotheby’s International Realty’s analysis of URA Realis caveats data as of Wednesday, five bungalows on Sentosa Cove were sold for a total $96 million in the first quarter of this year, up from four deals amounting to S$64.8 million in Q1 2020.

The property agency’s senior associate vice-president, Steve Tay, who was not involved with the $39.33 million Ocean Drive deal, acknowledged the strong presence of China buyers in the Sentosa Cove bungalow market last year.

However, he added that interest in the segment is not just limited to China buyers. “Local Singapore citizens make up more than half of potential buyers who are viewing villas in Sentosa these days. They are in their 40s to 60s, intend to live there, and are starting to appreciate that Sentosa Cove bungalows are undervalued.”

There is a limited supply of not more than 350 bungalows in Sentosa Cove. For a deal size of $12-15 million, one can enjoy a waterfront lifestyle by picking up a waterway/golf course-facing villa on Sentosa Cove with land area of 7,000-9,000 sq ft albeit on 99-year leasehold tenure.

“The same absolute price quantum fetches a freehold bungalow with a smaller land size of 5,000-7,000 sq ft in the Bukit Timah vicinity – in a different setting,” said Mr Tay.

Last month, he brokered the $14.7 million sale of a villa in the Kasara development on Sentosa Cove facing the Serapong Golf Course and with lake views. The price reflects $1,624 psf ona land area of 9,042 sq ft. The buyer is an Indonesian citizen who is also a Singapore permanent resident (PR).

He added: “I am also servicing other clients from Indonesia and Malaysia as well as US citizens scouting for a villa in the precinct.”

‘Sentosa Cove is the only place in Singapore where a foreigner who is not a Singapore PR may seek approval to buy a landed home for their own use.

Viewings for Sentosa Cove bungalows have remained active since the second half of 2020.

Based on URA Realis’s caveats database, last year’s tally of 13 deals totalling $195.7 million marked a significant jump from just four deals adding up to $83.4 million in 2019.

“Despite the pandemic and ‘circuit breaker’ last year, we saw an increase in transactions. As we continue to reopen our borders progressively, we expect 2021 to outperform 2020 with around 15 to 20 bungalow deals in Sentosa Cove,” said Mr Tay.

Industry observers say that property buyers from Xiamen city and other parts of Fujian province began arriving here around 2017, initially snapping up high-end condo units from developers in the island’s prime areas.

‘A couple of years ago, they began acquiring villas in Sentosa Cove.

The Fujianese have also spread their wings to the conservation shophouse market and strata offices.