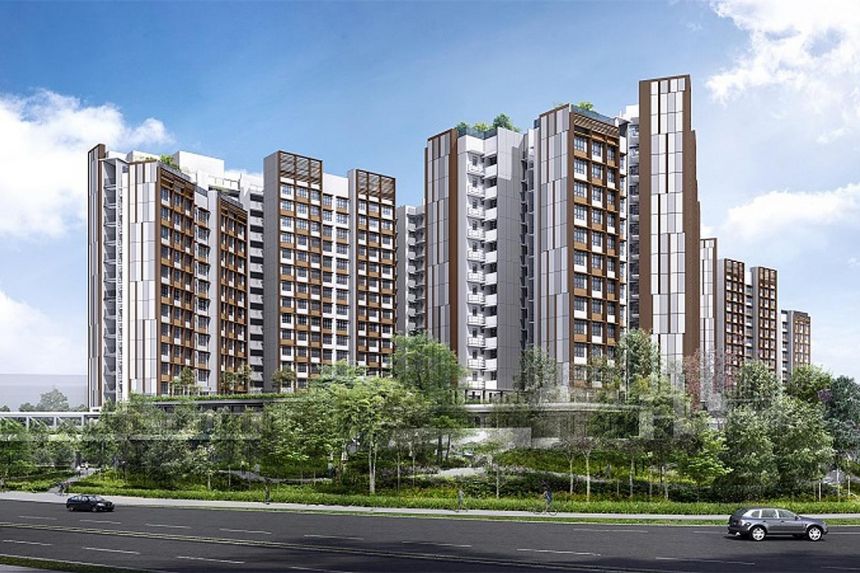 Bigger flats in Kallang/Whampoa and Bidadari proved to be the most popular among home seekers in the Housing Board’s first sales exercise of the year that concluded yesterday.

Seniors wanting to live in Singapore’s first assisted living public housing in Bukit Batok also face stiff competition, with four times as many applicants as there are available units.

As at 5pm, there were nine applicants vying for each of the 323 five-room flats in the ParkEdge @ Bidadari and Alkaff Breeze Build-To-Order (BTO) housing projects.

There were close to seven vying for each of the 386 four-room flats in McNair Heights in Kallang/ Whampoa, the biggest flat type in the development.

Since 2015, HDB has not launched five-room BTO flats in a centrally located mature estate outside of Bidadari, which is part of Toa Payoh town.

Prices for the five-room flats in Bidadari start from $611,000, while prices start from $532,000 for a four-room flat in McNair Heights, excluding grants for both.

Flat owners of McNair Heights will have to wait till up to the second quarter of 2026 to get their keys.

Four-room units in all three Bidadari projects – Bartley GreenRise, ParkEdge @ Bidadari and Alkaff Breeze – also drew slightly more than five applicants for each of the 797 units.

The three-room units in Bartley GreenRise were also popular, drawing slightly more than four applicants for each of the 96 units.

There were also 682 applicants vying for 169 units in the pilot batch of Community Care Apartments in the Harmony Village @ Bukit Batok assisted living project.

Only those aged 65 and above can apply for these 32 sq m flats, which come with grab bars and a wheelchair-accessible bathroom.

Residents also have to subscribe to and pay for a service package that includes 24-hour emergency monitoring and activities in communal spaces within the development.

Home seekers looking to live in the non-mature estates of Bukit Batok and Tengah may have better luck, as application rates were lower in those developments.

PropNex head of research and content Wong Siew Ying said the higher subscription rates for flats in Kallang/Whampoa and Bidadari were expected, as they are in coveted locations on the fringes of the city.

But the longer waiting time of about five years for flats in McNair Heights in Kallang/Whampoa – compared with three to four years usually – could have dampened interest from other potential flat buyers, she said, noting that a May 2019 BTO launch in Kallang/Whampoa had a higher subscription rate of 15.6 for four-room flats.

She added that the subscription rate for the assisted living project in Bukit Batok is encouraging, as it shows there is genuine demand for such projects: “HDB can consider building more of them.”

Commercial site in Little India back on market, at 22% lower asking price