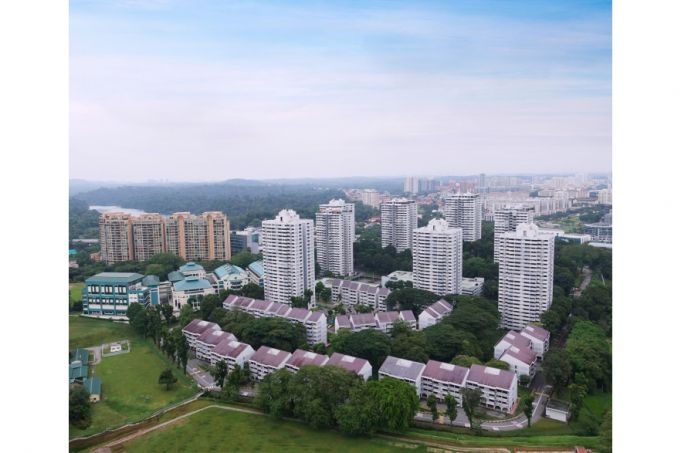 JUGGERNAUT developments in Singapore have continued to gun for collective sales with billion-dollar price tags, undaunted by the hurdles in the path of large en bloc candidates.

The developments must gather enough signatures before they can launch a tender – a herculean task especially when more than a thousand owners are involved.

Their hefty reserve prices and sprawling land sizes could also prove to be a tough sell to prospective buyers, even those with deep pockets. The risk of not completing and selling all the units in the redevelopment within the 5-year deadline, to qualify for additional buyer’s stamp duty remission, is not easily stomached by developers.

Still, as the en bloc buzz returns to the property market, more projects are having another go.

Here are some notable mega plots:

The 99-year leasehold condominium along Siglap Road in March 2018 approved an asking price of S$2.48 billion.

However, it failed to obtain the 80 per cent mandate required to launch a tender.

The initial S$2.48 billion price tag could have resulted in a total tab of S$4.09 billion for the buyer, due to the S$325 million required to top up the lease and an estimated S$1.28 billion differential premium.

Analysts also told The Business Times (BT) in 2018 that Mandarin Gardens could yield between 3,000 and 4,200 units when redeveloped.

Back in 2008, Mandarin Gardens had also tried to go en bloc. However, the process ground to a halt due to the global financial crisis, before the CSC could appoint a marketing agent and a lawyer.

Singapore’s most expensive en bloc deal in history was for the former Farrer Court, which fetched a whopping S$1.34 billion during the 2007 collective-sale boom.

The sprawling 838,488 square foot estate, housing 618 apartments, was scooped up by a CapitaLand-led consortium.

It was then redeveloped into the 1,715-unit d’Leedon, although the project took some years to move its large number of units.

BT reported that by May 2015, d’Leedon remained 13 per cent unsold, ahead of an end-2016 deadline. It still had some unsold units in 2017. This was despite its prime District 10 location and the proximity to schools such as Raffles Girls’ Primary School and Nanyang Girls’ High School.

Carrying a reserve price of S$2.7 billion, the tender for the mixed-use development in Tanjong Pagar was launched on Sep 1, 2021.

Before the tender closed on Nov 30, 2021, BT reported that the Urban Redevelopment Authority had rejected an outline application for International Plaza’s proposed redevelopment under the Central Business District (CBD) Incentive Scheme.

BT has reached out to marketing agent Edmund Tie for an update on the tender outcome. If sold, International Plaza would eclipse the Farrer Court deal to become Singapore’s largest collective sale by dollar value and the number of units.

After its first tender ended in May 2019, the Braddell View estate made a second en bloc attempt in August 2019, keeping to the S$2.08 billion reserve price.

But the tender again lapsed with zero bids, as developers shunned large sites in light of the 2018 cooling measures.

Braddell View’s CSC subsequently asked its marketing agent Colliers to enter into a private treaty negotiation for the collective sale, with a view to relaunching the tender if necessary.

After an arduous, years-long journey, the 660-unit Pine Grove was again put up for en bloc sale in February 2019, with a S$1.86 billion asking price.

In order to launch the tender, the development had raised the reserve price at the last minute, from S$1.72 billion previously, which helped clinch the requisite 80 per cent mandate from owners.

However, that also led to the resignation of the previous marketing agent Huttons Asia.

Pine Grove’s latest tender closed in April 2019 without buyers. Its previous unsuccessful en bloc attempts were made in 2007 and 2011.

If redeveloped, the site in the Holland Road area could yield more than 2,000 units.

The freehold site off Upper Thomson, with 233 apartment owners and 3 commercial shop units, was first put on the market in 2011 at S$830 million, but did not find a buyer.

Owners at the freehold project, which comprised 477 residential units and 10 retail shops, initially sought more than S$1.68 billion in April 2018.

The CSC in January 2019 hiked the reserve price to S$1.84 billion to persuade more owners to come on board. By then, 68 per cent of the owners had signed the agreement.

But the increased reserve price also came with a higher development charge of about S$75 million, compared to the previous S$61 million estimation.

The collective sales agreement expired in April 2019 without hitting the 80 per cent consent threshold, therefore no tender was launched.

The Dairy Farm, formerly known as Dairy Farm Estate, had also made an earlier en bloc attempt in 2007.

In April 2019, the 99-year leasehold Laguna Park made its fourth en bloc bid, with a S$1.48 billion reserve price. The tender closed in May 2019 without a sale.

Its marketing agent Knight Frank Singapore had said that the maintenance cost was expected to increase because Laguna Park was more than 40 years old, and the unit owners were “open to achieve a sale by moderating their price expectations”.

The property, located in the East Coast area, has 516 residential units and 12 commercial units.

In April 2021, BT reported that Laguna Park was among numerous developments that were in the midst of preparing for collective sale tenders.