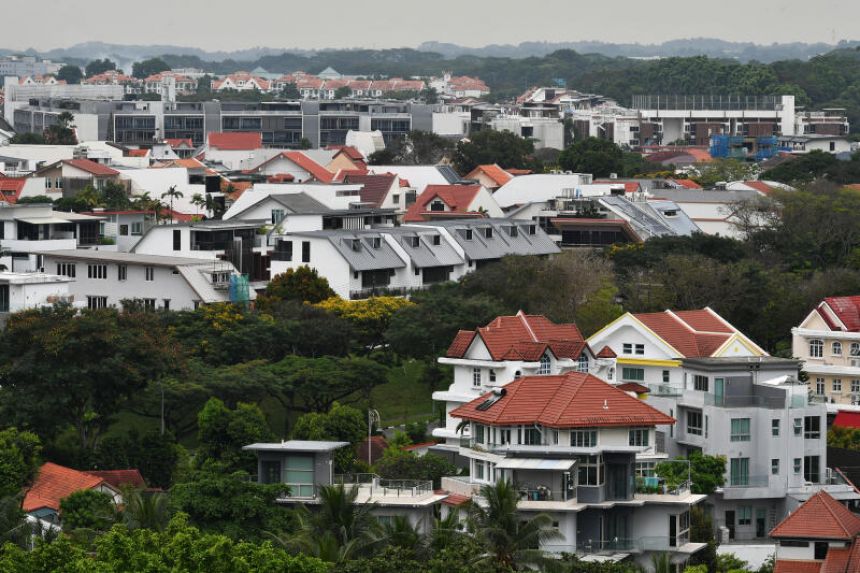 Singapore has become one of the world’s most sought-after locations for buying investment homes as its safe-haven reputation has been further strengthened by moves to successfully manage the pandemic and support businesses.

But demand is expected to rebound this year as such properties remain relatively affordable, helped by vaccine roll-outs and border reopenings.

Knight Frank’s survey of more than 600 private bankers, wealth advisers, intermediaries and family offices found “a change in strategy” by ultra-high-net-worth individuals – those whose net wealth exceeds US$30 million (S$40 million) – due to global uncertainty in the wake of the pandemic.

“As a result, they are investing in additional homes domestically wherever they can, followed by second homes in cities and countries that best fit their needs in the new normal,” said Ms Victoria Garrett, head of residential, Asia-Pacific, at Knight Frank.

“Home buyers from India, Japan, Malaysia and South Korea rated Singapore in their top-five locations when considering investment homes abroad. The manner in which Singapore’s Government was able to financially support businesses as well as put in place measures to control the spread of Covid-19 further enhanced Singapore’s reputation as a safe bastion for investors,” he added.

This could augur well for luxury home prices, with 26 per cent of those surveyed planning to buy a new home this year, up from 21 per cent last year. “This demand could help fuel price rises of up to 7 per cent in key markets” this year, the report said.

Moreover, unlike Auckland, Shenzhen, Seoul and Manila, where average home prices ended between 10 per cent and 18 per cent higher last year, prices of prime properties here dipped 0.2 per cent and sales plunged 20 per cent due to a lack of new launches and travel restrictions that kept foreign investors away.

Nevertheless, Singapore continues to be an oasis for investments due to its stable political environment and extensive measures to mitigate any recurrence of the outbreak, the report said.

This is borne out by a 10.2 per cent rise in the number of ultra-high-net-worth individuals in Singapore last year to 3,732, despite the recession and an overall drop in median household income from work of 2.4 per cent, said Ms Wendy Tang, group managing director at Knight Frank Singapore.

“Given that South-east Asia has one of the fastest growing middle-class demographics in the world, Singapore is well positioned to ride the growth.

Mr Leonard Tay, head of research at Knight Frank Singapore, noted that Singapore has a smaller number of ultra-high-net-worth individuals compared with other Asian countries in the list.

“With a lower base, a relatively decent growth in quantum results in a higher percentage increase.”

Singapore private homes aren’t as pricey as they seem