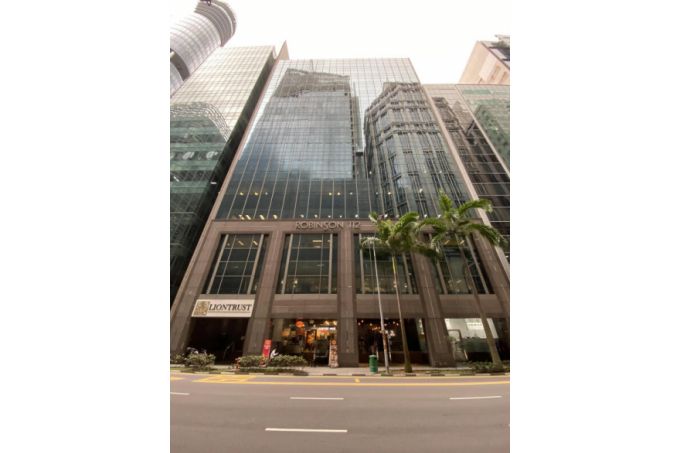 The price is said to reflect close to 2 per cent net yield based on Robinson 112’s current rental income. The building’s occupancy is in the high-80 per cent range and it has a mix of office tenants including Xiamen Airlines, and companies in shipping and private equity. There are 3 ground-floor retail units.

Cushman and Wakefield (C&W) brokered the deal, which was inked earlier this month. The transaction is expected to be completed in the first quarter of 2022.

When contacted, the property consulting group’s executive director of capital markets for Singapore, Shaun Poh, said that AM alpha was drawn to the asset as it is one of the few freehold/999-year leasehold office buildings in Singapore’s CBD available for sale. “They plan to hold the asset for the long term and will refurbish the building, among other things, brightening up the office lobby to make it more attractive – to draw higher-rental paying tenants. However, the property is likely to remain a predominantly office building with ground-floor retail units.”

Observers note that Robinson 112’s land area area is too small to qualify for the URA’s CBD Incentive Scheme, which aims to spur owners of older predominantly office buildings in some parts of the CBD to redevelop their properties into mixed-use projects.

Robinson 112 is believed to be AM alpha’s maiden direct property investment in Singapore. Based on information on its Linkedin page, AM alpha focuses on global investments in prime real estate on its own account and in collaboration with family offices, private clients and endowments in Europe and Asia. Its Asian operations are headquartered in Singapore.

AM alpha is buying Robinson 112 from Robinson Singapore Holding, which is ultimately owned by 5 Singaporeans – Yvonne Lee, Chua Kern, Ong Kim Hock, Ivan Lim and Rex Lin – based on searches on the Handshakes portal.

The property, which was constructed in the 1980s, is located at 112 Robinson Road; it is opposite the Afro-Asia and 61 Robinson.

Robinson 112 was formerly known as HB Robinson and prior to that, DBS Finance Building. Its previous owners over the years include Grace Global (the Singapore outfit of a low-key Indonesian family), a Credit Suisse-managed fund, a CLSA fund, Ho Bee and DBS Group.

The property underwent a major revamp around 2004 which expanded its GFA and NLA.

Mr Poh told The Business Times (BT) that “we are still servicing a few other potential buyers – ultra high net worth individuals and family offices mainly from overseas – keen to acquire freehold/999-year office assets in the Singapore CBD”.

The sale of Robinson 112 will bring a positive conclusion to the Singapore office investment sales market in 2021.

Word on the street is that last month, Gaw Capital decided not to proceed with the purchase of Twenty Anson. It had earlier been in exclusive due diligence with a view to buying the property for nearly S$600 million. The 20-storey office tower near Tanjong Pagar MRT station is owned by US-based real estate investment manager AEW.

On a brighter note, CapitaLand Integrated Commercial Trust and insurer FWD Group recently sold their respective 50 per cent stakes in One George Street to a joint venture (JV) between JPMorgan Global Alternatives and Nuveen Real Estate for a total of S$1.28 billion or about S$2,875 psf on NLA

Michael Tay, senior executive director of capital markets at CBRE Singapore, which brokered the One George Street deal, said: “Singapore office assets remain a sector of interest for investors especially institutional funds because of its resilience and relatively high occupancy. Their confidence may be boosted by major tenants, in particular those in the tech sector, continuing to lease office space despite uncertainty of future office demand as the hybrid-work model takes root.”

He added: “Among investors keen on the Singapore office sector, their greatest interest remains in the Core CBD.”

Observers note that office rental performance has been patchy, with owners of only the best-in-class CBD offices having pricing power due to scarcity of new supply in this segment and relatively few lease expiries this year. However, landlords of older buildings, even in prime locations in the CBD, are seeing higher vacancy and face rental pressure.

PIL Building along Cecil Street is also being sold for slightly above S$330 million to a JV between a TE Capital Partners-managed vehicle and LaSalle Investment Management. BT has reported that TE Capital received URA’s provisional permission in the third quarter to redevelop the property into 212,888 sq ft GFA of offices and 7,707 sq ft of retail space. C&W brokered the deal.

Based on CBRE Research’s analysis, Singapore office investment sales (transactions of S$10 million and above) year-to-date have amounted to S$5.39 billion, almost twice the S$2.95 billion recorded in 2020. The latest figure is still below the S$6.78 billion in 2019.

Singapore CBD Grade A office rents may grow twice as quickly in 2022: JLL