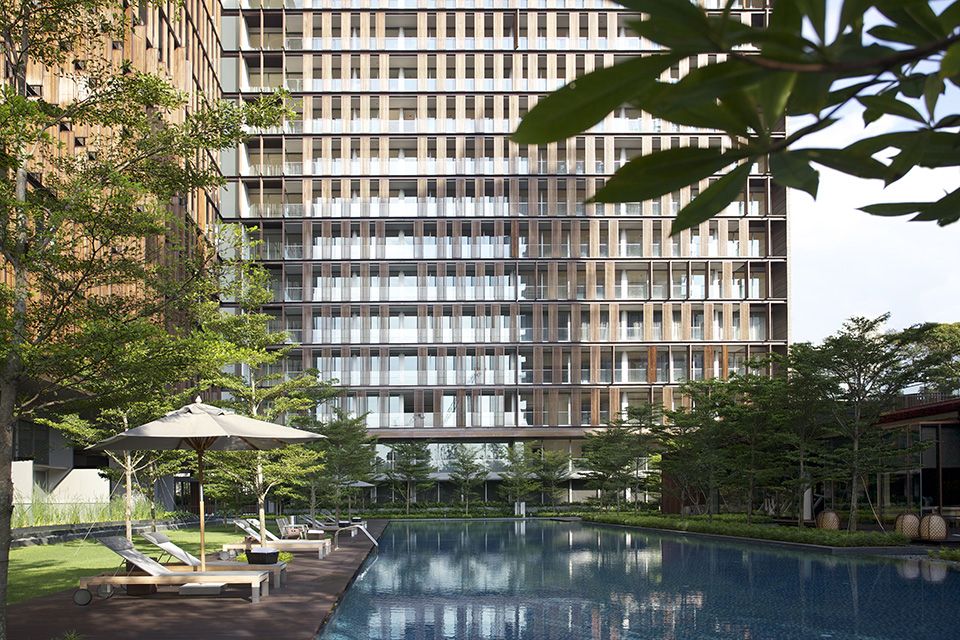 Members of the Alibaba fraternity are continuing to invest in Singapore’s high-end residential property market.

Yu Yongfu, a member of the Alibaba Partnership, is understood to have bought a duplex penthouse unit at Hilltops, a freehold condominium in the Cairnhill area.

The unit was sold by SC Global Developments, which developed the 241-unit project in Cairnhill Circle. Standing on elevated grounds, Hilltops condo also has two-, three-, four- and five-bedroom apartments, and stands at a lofty 131 metres above sea level.

He is also the chairman of the Electronic World Trade Platform (eWTP) Technology Innovation Fund backed by Alibaba Group.

WTP was initiated by Alibaba co-founder Jack Ma in 2016 to build a more inclusive and innovative global trading platform for small and medium sized enterprises (SMEs), young people and consumers.

Alibaba Partnership, currently comprising 35 people, is an elite group with the power to determine the annual cash bonuses for the management,

The Business Times reported last year that Mr Ma himself is developing a villa in the Victoria Park Good Class Bungalow Area, on a site bought for $40 million in 2017. His wife, Zhang Ying, is believed to be a Singapore citizen.

In 2018, another Alibaba co-founder, James Sheng Yifei, acquired a bungalow in Leedon Park for $$50 million, He is a Singapore citizen.

Three years before that, Sun Tongyu, also known as Toto Sun, purchased the sole penthouse at Le Nouvel Ardmore for S$51 million, He is married to Lucy Peng; the couple are also Alibaba co-founders,

The Hilltops duplex penthouse Mr Yu has bought – one of four in the development – has four bedrooms with ensuite bathrooms, a large balcony off the living area that gives views of Marina Bay Sands and the city.

The apartment comes with curated furnishings.

Like the other three Hilltops penthouses, the unit has a main living area on the 20th storey, and a private pool and landscaped deck on the 21st.

The $4,080 psf price Mr Yu paid is nearly 26 per cent higher than the $3,245 psf at which another four-bedroom penthouse in the development transacted a year ago. A Chinese citizen paid $25.08 million for that 7,728 sq ft unit.

Market watchers attribute Mr Yu’s higher psf price to the fact that his unit came furnished, as well as its smaller size.

Its strata area is 1,356 sq ft or 17.5 per cent smaller than the penthouse sold last year.

Savills Singapore executive director of private office and residential services, Jacqueline Wong, who was not involved in the sale of the unit to Mr Yu, said she expects the prices of such units to rise, given the scarcity of freehold penthouses of at least 6,000 sq ft in the prime Districts 9 and 10.

Another recent penthouse deal was for the Dyson family’s triplex unit in Wallich Residence in Tanjong Pagar, which was sold last month to Indonesia-born tycoon and US citizen Leo Koguan.

Penthouses are typically bought by ultra-high-net-worth (UHNW) foreigners or Singapore PRs who require larger properties with at least five bedrooms, said Ms Wong. This group of buyers are not eligible to buy landed properties on mainland Singapore.

Data compiled by List Sotheby’s International Realty (List SIR) shows that, as at Oct 27, just nine penthouses in Singapore had been sold, down from 16 in the year-ago period. (For full-year 2019, 18 penthouses were transacted.)

Ms Wong noted that given the limited supply of penthouses, some UHNW families have taken to buying two adjoining apartments in a project from the developer, with a view to amalgamating them to create a more spacious residence.

List SIR’s analysis of URA Realis caveats data shows that, between January and Oct 27 this year, 39 private apartments/condo units were transacted in the $$10 million and above price category. This is down from the 90 units in the corresponding year-ago period,

The firm’s research director, Han Huan Mei, attributes the drop this year chiefly to the Covid-19 pandemic and weakened economy.

“Another reason could be the lack of new luxury projects launched this year compared to 2019,” she said.

Last year, investors were attracted to some new luxury projects including Boulevard 88 and Nouvel 18.

‘This year, a number of the high-end units sold were in luxury developments completed earlier, such as Le Nouvel Ardmore, The Nassim and The Ritz-Carlton Residences.

SRI co-founder and managing partner Bruce Lye said the bulk of buyers of these big-ticket properties in the past couple of years have been from China.

“Most them intend to settle their families and have their children educated here. Some are already Singapore PRs,

List SIR executive director Lewis Cha said that as Singapore proves it can prevent the spread of Covid-19, more foreign investors are expected to be drawn “not only to set up businesses here, but also to make Singapore their alternative residence”,