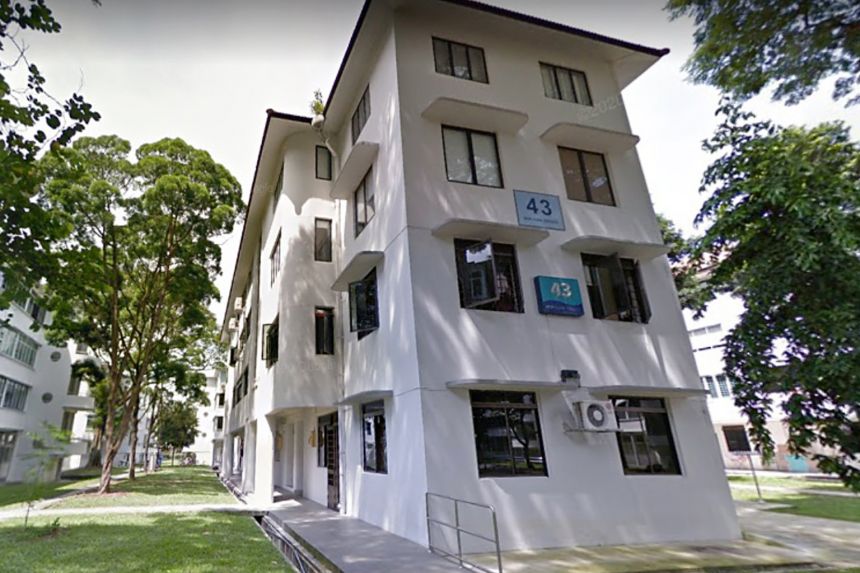 An adjoined resale flat in Tiong Bahru with just over 51 years of lease left fetched more than a million dollars this month.

PropNex real estate agent Wong Han Yee, who closed the deal, said the flat is a rare gem because of its size and location.

The unit, which started its lease in 1973, is 131 sq m and listed as a four-room flat. It was created by joining two two-room flats.

Ms Wong told The New Paper on Sunday: “It is in a central location, being a short walk from Tiong Bahru MRT station, and will also be a short distance from the upcoming Havelock station, which will be two stops from Orchard station.”

She added that when the property was put up for sale in the third quarter of last year, there were many interested parties, most of them with relatively young families.

The unit is about the size of a jumbo flat, which is not normally found in central areas but in the heartland, such as Woodlands and Yishun. The structure of the flat also allows for most of the walls to be knocked down, giving the owner the freedom to reconfigure his space.

“Buyers who look for flats in this area are drawn to its old-world charm. Moh Guan Terrace has walk-up apartments that are not your usual cookie-cutter type of flat and have a distinctive look,” said Ms Wong.

Ms Christine Sun, head of research and consultancy at OrangeTee & Tie, said the unit could fetch such a high price because of its rare size in a prime location.

She said: “Some may not mind paying the amount to enjoy the location and space, which otherwise will be very expensive if it is a private condominium.”

While historical value may play a role, she said the flat’s tenure, size and location are more important factors affecting the buyer’s decision.

Ms Wong said that while the unit has a short lease of slightly over 51 years that could make it difficult to resell, there is high demand for flats in the Tiong Bahru area.

“I think there will be continued demand for properties in this area, as the charm of the area is unique. The area is also highly liveable and has seen high rental demand,” she said.

Long-time Tiong Bahru residents who spoke to TNP said their families are unlikely to sell their homes despite knowing that they could possibly fetch a high price, given the popularity of the area.

Miss Lim Zhimin, 25, who lives in Jalan Klinik, said the location and surrounding amenities are a great draw. She added that the resale price of the Moh Guan Terrace flat did not surprise her.

“It is right where the Tiong Bahru heritage area is and, culturally speaking, it is a lot richer compared with the rest of the precinct.”

In April last year, a 112 sq m five-room flat at Block 9A Boon Tiong Road was resold for a record $1.2 million.

The price pipped the previous record of $1.185 million set by a 237 sq m HDB terrace house in Jalan Bahagia sold in September 2018 as well as a five-room flat at City View @ Boon Keng in January last year.

The record has since been broken by at least two transactions – a five-room flat at Pinnacle @ Duxton that was sold for $1.232 million in March this year and a five-room unit at City View @ Boon Keng that went for $1.205 million in July last year.