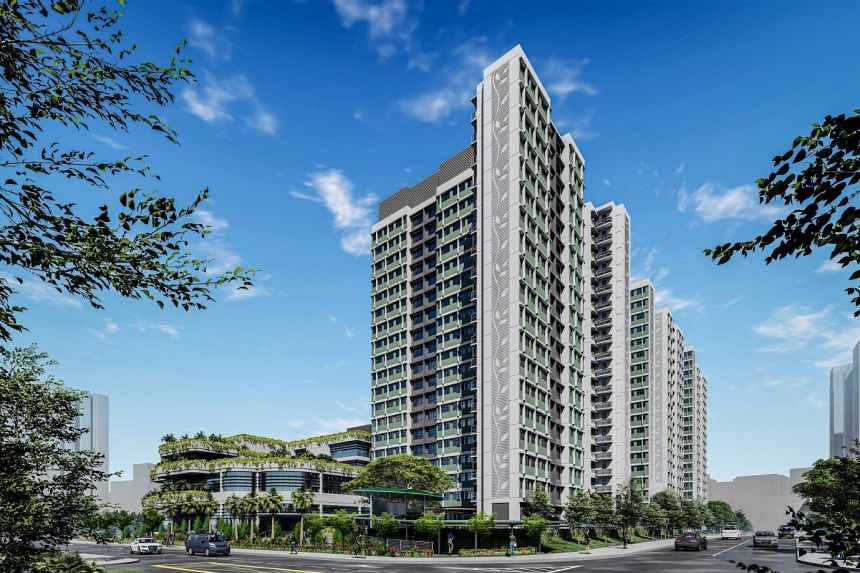 Home seekers made a beeline for the four-room Build-To-Order (BTO) flats in Geylang, which saw one of the highest application rates in recent years.

As of 5pm yesterday, there were more than 14 first-time applicants vying for each of the 334 four-room flats at the Dakota One project. Four-room flats are the largest type in the project, which is within walking distance of Dakota MRT station.

The application rate beats the previous high of around 13 applicants for each of the 235 four-room flats in a BTO launch in Ang Mo Kio last November.

In this month’s sales exercise, which concluded yesterday, the 87 three-room flats in Geylang were less popular, attracting around five applicants for each unit.

Competition was also stiff this month in the mature estate of Ang Mo Kio, where the 140 five-room flats at the Kebun Baru Edge project attracted almost 12 first-time applicants for each flat.

The project’s 240 four-room flats were also hotly contested, attracting over eight applicants each.

ERA Realty research and consultancy head Nicholas Mak said its proximity to the upcoming Mayflower MRT station and to schools such as Ai Tong School and CHIJ St Nicholas Girls’ School (Primary) is its key attraction.

In Woodlands, the 438 five-room flats in UrbanVille @ Woodlands were the most in demand, drawing more than six first-time applicants for each flat.

Similarly, the 184 five-room flats in Parc Residences @ Tengah had around five first-time applicants each – the highest application rate since the first flats in the upcoming “forest town” were launched in 2018.

The project’s 480 two-room flexi flats drew almost two elderly applicants for each unit. The project will be integrated with a polyclinic.

Ms Christine Sun, head of research and consultancy at OrangeTee & Tie, said: “The polyclinic could have been a big deciding factor for the older folk who want to live closer to their children.”

Last Wednesday, the Housing Board launched 7,862 BTO flats for sale in eight estates. It had said some of the flats in this launch may take up to five years to build due to Covid-19 safety measures.

In November, the HDB will offer about 5,700 flats in Bishan, Sembawang, Tampines, Tengah and Toa Payoh. Another 3,550 flats in Bukit Batok, Tengah, Kallang/ Whampoa and Toa Payoh will be launched in February next year.