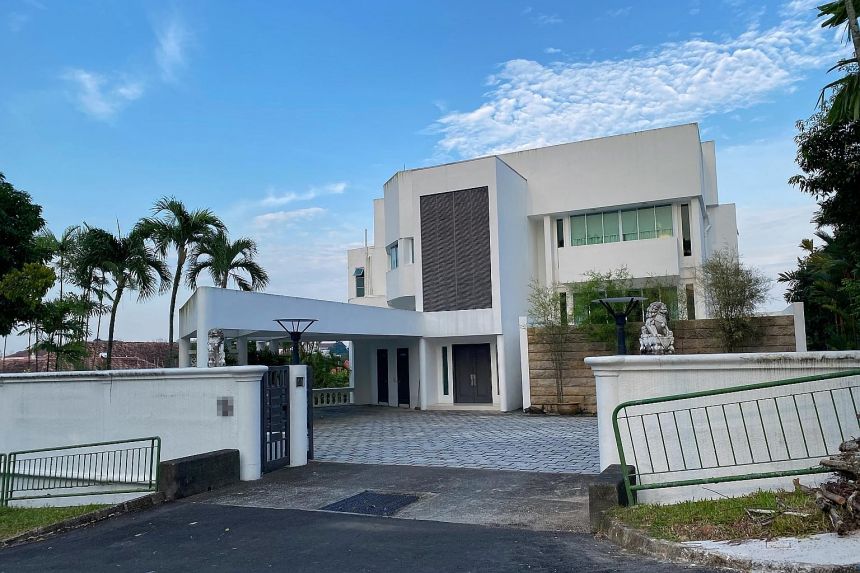 A $28.5 million offer has been made for one of beleaguered Hin Leong founder Lim Oon Kuin’s good class bungalows (GCBs) now under a court-ordered asset freeze injunction, The Sunday Times has learnt.

The freehold GCB in Second Avenue in Bukit Timah is one of nine properties in Singapore and Australia that are among assets frozen by the High Court to recoup US$3.5 billion (S$4.75 billion) in debt from the collapsed oil trader.

This is the second attempt to sell the Second Avenue GCB.

The Straits Times last year reported that an offer had been made for the District 10 GCB, which is held by Lim and his wife, at $27 million. A caveat had been lodged just days before Hin Leong and its shipping arm, Ocean Tankers, filed for bankruptcy protection on April 17 last year.

But the sale was aborted in April last year amid the firm’s deepening financial woes.

For the current offer, The Sunday Times understands that the Lim family will need to get the agreement of the judicial managers-turned-liquidators of Hin Leong, who in May succeeded in obtaining a Mareva injunction to freeze the Lim family’s assets worldwide up to a value of US$3.5 billion. The Lim family may also apply to the High Court for approval of the property’s sale.

Queries to the Lim family and their lawyers at Davinder Singh Chambers went unanswered.

“Based on a recent offer for another GCB in Third Avenue at $1,706 psf, I believe that the offer for the GCB in Second Avenue is a reasonable price,” he said.

Meanwhile, the Court of Appeal has dismissed the Lim family’s application for leave to appeal against the Mareva injunction, HSBC lawyer Moses Lin of Shook Lin & Bok told The Sunday Times yesterday.

Of the alleged US$3.5 billion in outstanding debt owed by Hin Leong to 23 banks, HSBC and ABN Amro have the biggest exposure.

According to a July 13 e-mail seen by The Sunday Times, the liquidators told creditors that the Court of Appeal “accepted Drew & Napier’s submissions and found that the High Court judge had not committed any manifest error in granting the Mareva injunctions and there was no basis to grant the Lim family leave to appeal against the High Court’s decision”.

Apart from real estate in Singapore and Australia, the Mareva injunction also covers assets including club memberships, insurance policies, shares, cash and investments. Details of the order showed that of six properties in Singapore, three are good class bungalows in Bukit Timah and Tanglin Hill.

In addition to the Second Avenue GCB, Lim, better known as O.K. Lim, jointly owns one other bungalow with his son Evan Lim Chee Meng, and one more with his daughter Lim Huey Ching.

The remaining three Singapore properties include two condominium units in Stevens Road – one owned by Mr Evan Lim and the other by Ms Lim. The order also covers sale proceeds after payment of mortgages if any of the properties have been sold.

In June, the elder Lim was handed 105 additional charges of cheating and forgery. Together with the 25 forgery-related charges filed last year and in April this year, the 79-year-old former oil tycoon now faces a total of 130 charges involving US$2.7 billion in alleged fraudulent loans disbursed.

Singapore prosecutors disclosed that 16 banks in Singapore have suffered US$291.9 million in “actual monetary loss” out of the US$2.7 billion in loans that they were allegedly duped into extending to Hin Leong by the elder Lim. The losses are part of the alleged US$3.5 billion debt owed by Hin Leong to the 23 banks.