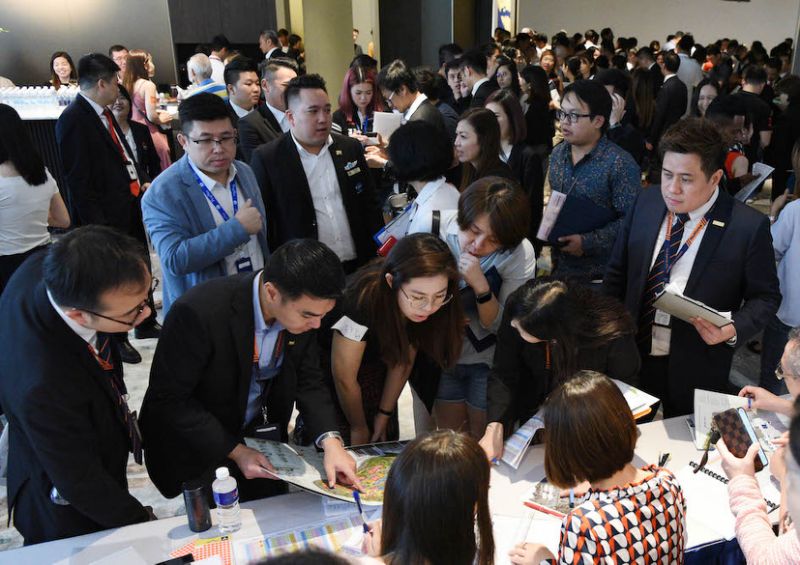 On the first day of launch, as at 7.45 pm on Sept 7, UOL Group sold 276 out of 300 units released at Avenue South Residence. The sales translates to 26% of the total 1,074-units in the residential project developed jointly by UOL Group, UIC and Kheng Leong Co.

The buyers were mostly Singaporeans, comprising a mix of investors and owner occupiers, according to Jesline Goh, chief investment and asset officer of UOL Group. The most popular units were the one- and two-bedroom units, she adds. The three- and four-bedroom units also saw healthy take-up.

“Buyers are particularly attracted to the growth potential of this precinct as well as the strong product attributes,” continues Goh. The project is located at the junction of Kampong Bahru Road and Silat Avenue, on the doorstep of the Greater Southern Waterfront. It’s also near the Rail Corridor.

Units in the Heritage Collection were also among the most sought after, according to Bruce Lye, managing partner of SRI, joint marketing agents of Avenue South Residence, with ERA Realty Network, Huttons Asia and PropNex. The Heritage Collection comprises just 86 units in five conserved blocks that were built by the former Singapore Improvement Trust (SIT),  the predecessor of HDB.

The units were built around the same era as those in the Tiong Bahru conservation area. “Many buyers took the Tiong Bahru flats as an example, as these have leases of less than 50 years and yet, prices are holding at around $1,000 psf,” says Lye. “The attraction of the units in the Heritage Collection is that they come with a fresh 99-year lease.”

Due to the overwhelming response, the developer is releasing another 200 units on September 8. These units include those in the Peak Collection, located on the 37th to the top floors of the twin 56-storey towers. The majority of these units are south-facing with prime waterfront views, says UOL’s Goh.

“Thereafter, we are launching the project overseas, as we are receiving enquiries from foreign buyers,” adds Goh.

New private home sales down nearly 24% in August on the back of tighter restrictions, fewer launches