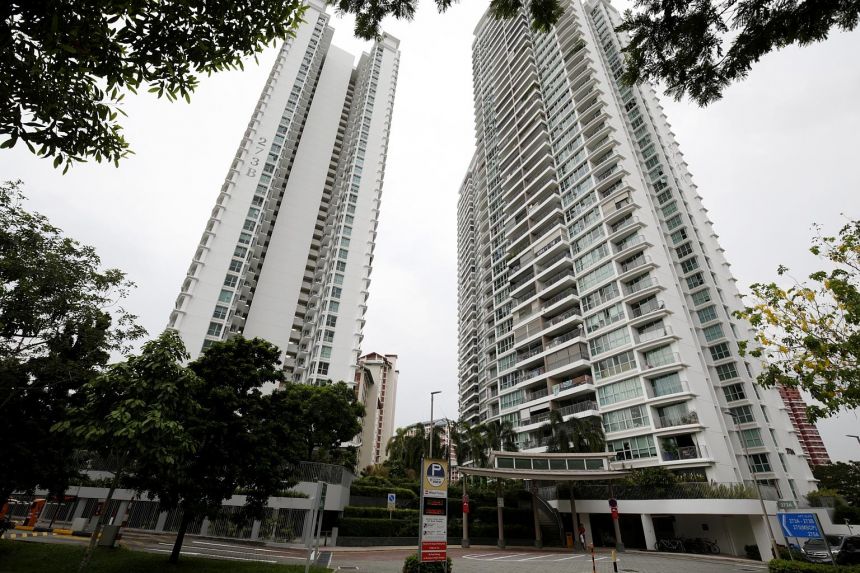 The number of million-dollar flats sold last month accounted for 0.9 per cent of the total resale volume in the month, said SRX.

In the first four months of this year, 74 HDB flats have sold for $1 million or more, compared with 14 of such units sold during the same period last year and 82 in all of last year.

Ms Christine Sun, senior vice-president of research and analytics at OrangeTee & Tie, said it is likely a new record for million-dollar flats will be hit next month.

The largest transaction last month was a five-room 120 sq m Design, Build and Sell Scheme (DBSS) flat at Natura Loft in Bishan Street 24 that sold for $1.25 million. It has a balance lease of 89 years and five months.

It is now the second most expensive resale flat on record, just shy of the top spot of $1.258 million for a five-room HDB flat at Pinnacle @ Duxton in September last year.

ERA Realty head of research and consultancy Nicholas Mak noted that the rising prices of private properties may be a contributing factor to the increased transactions of million-dollar flats.

“Some buyers feel that it’s worthwhile to fork out a million dollars or more for a relatively new and well-located HDB flat on a high floor, as compared with a private condo or executive condo,” he said.

The price rise for resale flats last month was broad-based, with prices increasing in both mature and non-mature estates as well as across all flat types.

Year on year, prices have increased 10.8 per cent from April last year, although they are 3.7 per cent lower than the peak in April 2013.

A total of 2,340 resale flats changed hands last month, representing a decrease of 4.4 per cent from March, the SRX data showed.

Ms Sun noted that the number of transactions is still considered “healthy” as more than 2,000 units were sold, above the 1,873 monthly average transactions recorded in 2019.

PropNex head of research and content Wong Siew Ying said: “The improved economic outlook, projected delays in the completion of new BTO (Build-To-Order) flats, as well as firm private home prices, are some key factors that have spurred demand for resale HDB flats.”

The return to phase two curbs, such as the limits on gatherings and household visits, may restrict the number of potential buyers who are able to view properties in person, she added.

“However, we do not expect it to have a major impact on sales, as many real estate agents are already adept at using technology tools to conduct virtual tours and performing transactions in a safe manner,” she said.

Analysts say the tightened restrictions on arrivals from India and Bangladesh, among other countries, will lead to further delay of the construction of BTO projects.

Said Mr Mak: “More homebuyers will choose to buy resale flats instead, leading to further expansion of the demand for such real estate this year.”

Keen bids expected for housing sites in Lentor and Tampines